While we can't decisively say which of the motorcycles made by Harley-Davidson over the years is the very best, we've narrowed down a list of ten Harleys that really stand out.

What do you think is the best Harley-Davidson motorcycle of all time?

The XLCR Café Racer was a memorable ride with loud bass exhaust everywhere it went. Designing concept for the 1977 Harley-Davidson XLCR Café Racer was developed by Willie G. Davidson. All black features can be found on this bike. Notable features include the large 45-degree, V-twin engine. 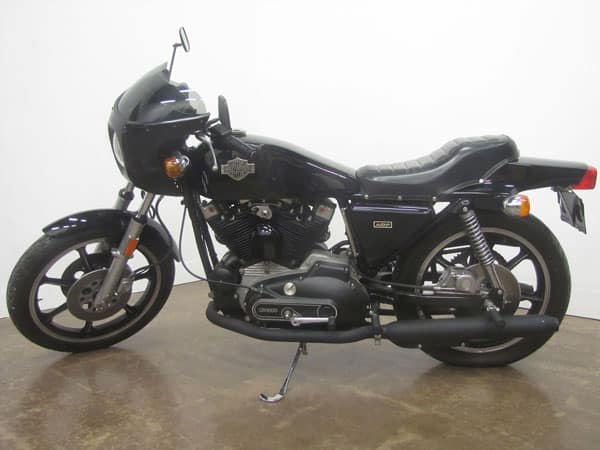 Harley-Davidson introduced various specialty bikes over the years. One of the greatest motorcycles includes the 1990 Harley-Davidson FLSTF Fat Boy. This model was designed elegantly with silver paint and a matching frame.

The first racing only Harley-Davidson bike was the 1994 Harley Davidson VR 1000. It was intentionally built up from scratch. Road model carries an Ohlins fork along with coated titanium stanchions. Power was delivered by gear to a several disk clutch, then through a 5 speed transmission.

Many consider the 2000 Harley-Davidson as one of the greatest factory customs produced by Harley. Features of the FXR4 are dual discs, silver calipers and braided lines. It also had a 5-speed transmission and a seat height of 25.5 inches.

Harley-Davidson’s XL1200N Sportster Nightster features an all-black paint job. Tall riders can easily be accommodated to fit onto the bike without any issues. Flat handlebars allow motorcyclists to have a clear view of the road ahead.

The 2009 Dyna Super Glide by Harley-Davidson offers motorcyclists timeless styling and an edgier ride. Stainless steel, pull back handlebars are found on the exterior of this bike. A 4.7 Super Glide fuel tank also comes standard with this model.