A Day at the AMA Museum 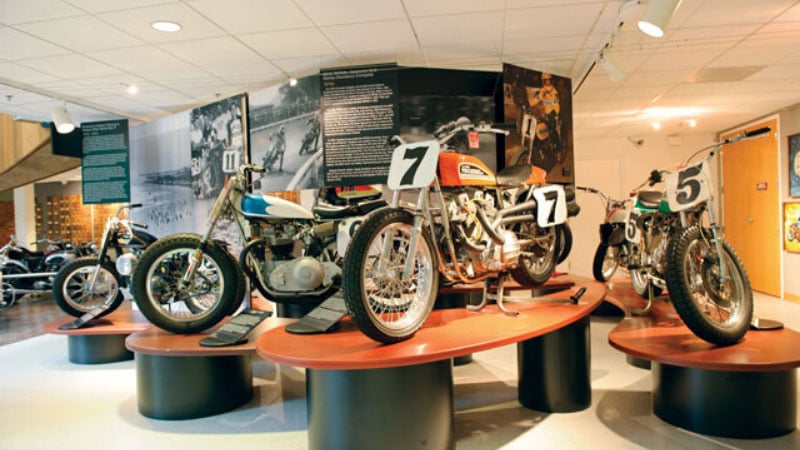 The AMA has done a nice job in preserving and presenting the full array of motorcycling history. Upon entering the museum, the first thing that catches the eye is a faithful reproduction of one of the first motorcycles ever produced, the German Reitwagen. It is a striking wooden and metal work of motorized art.

The rest of the museum is broken into thematic displays of various aspects and periods in motorcycling history.

As a life-long motorcycle freak, the AMA Museum was a visual treat - the contoured aluminum cases of vintage Triumphs, the fanned cylinder heads of 1970s motocross bikes, the innovative bodywork of early road-racers. I was so absorbed in soaking in every detail that I almost forgot to snap photos for this article.

There is a great line in the movie Field of Dreams when Shoeless Joe asks Kevin Costner "Is this heaven?" The reply is, "No, this is Iowa." I could have asked the same thing as I walked through the AMA Hall of Fame Museum and the answer would have been, "No, this is Ohio."

The AMA museum's tribute to the dirt and knobby sub-culture is impressive. Examples of innovative models are displayed artistically with informative backdrops detailing the riders who made the bikes move. Everything from early dirt-bikes with miniscule suspension travel, to towering Paris-Dakar rally bikes are on display. 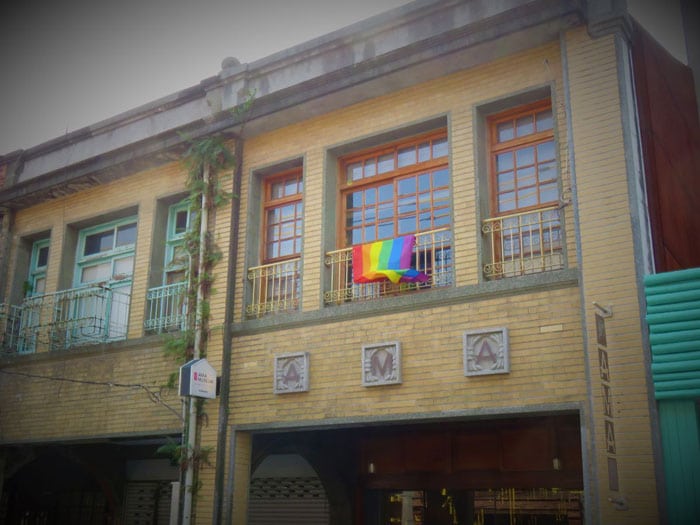 There is also currently a great featured display on the history of flat tracking. The display of the venerable bikes and riders of the dirt oval is thorough and interesting. It's no wax museum, but throughout the AMA site mannequins support gear from famous racers of every vintage and type of racing.

The AMA museum's tribute to street bikes is epic. Motorcycle lovers of any age will find motorized eye-candy. Well over a century of innovation is there for the ogling. There is a current Honda feature that spans several rooms of the two-story museum. The iconic Honda models like the Dream, the CBX, and the CB750 grace the floor of the museum. The several cutaway engine displays are particularly intriguing.

The museum curators have done a good job of paying tribute to the men and women who have made motorcycling what it is today. What struck me most was the realization of what the motorcycling pioneers did on hardware that was beautiful, but so primitive by today's standards.

There are displays of racing champions and innovators. There are features on disabled riders who found ways of continuing their motorcycling passion. There is an impressively complete tribute to the women who defied gender stereotypes to pursue their love for riding.

While wandering the museum premises, I was reminded of the various functions of the AMA. In the museum, an AMA executive was on a cell phone heatedly discussing the tire debacle at the 2011 Daytona 200.

Upon leaving, I also happened upon AMA Government Relations Manager Imre Szauter doing a television interview on motorcycle safety. His focus was on getting drivers to start seeing motorcycles. So, I got just a glimpse into the two distinct facets of the AMA – the side that manages American motorcycle racing, and the side that monitors the concerns of the everyday rider for AMA members and $10 for non-members.

Whether your motorcycling tastes run to Italian, British, Japanese, Spanish, Austrian or American or something else, you will find some treasures in the AMA Hall of Fame Museum. The displays are informative and artistic. An added bonus is that the grounds are well manicured and rider-friendly. There is ample covered, motorcycle-only parking. Museum fees are $5

My visit to the AMA Museum

The Best Dirt Bikes for Trail Riding
The Best 500cc Motorcycles for Riders of All Levels
The Best Commuter Motorcycle: An Awesome Ride to Work
Best Motorcycles for Women | Comfortable and Easy-to-Ride Bikes for Female Riders
How to Sell a Motorcycle | Tips to Get a Good Price
How Dangerous Are Motorcycles? Are They Worth the Risk?
How Much Does a Motorcycle Weigh? | Different Motorbikes and Their Weight Range
What Is A Bobber Motorcycle and What Makes it One?