A History of the Pagan’s Motorcycle Club

In the folklore of outlaw motorcycle clubs, the Pagans stand side-by-side with the notorious Hells Angels. The 1%er MC has a widespread presence in the Eastern United States and is the most fierce rival of “81.” They are known as a “One Percenter” motorcycle club and are classified as an “Outlaw Motorcycle Gang” by the Federal Bureau of Investigation (FBI).

History of The Pagan’s MC

The Pagans were founded in Prince George’s County, Maryland in 1959 by Lou Dobkin, who became the first President of the Pagan's MC. Originally, the group consisted of 13 members who wore denim jackets and rode Triumph motorcycles.

The official insignia of the Pagan's MC features the Norse fire-giant “Surtr” sitting on the sun and wielding a sword. Above Surtr is the word “Pagan’s” and below it is “MC”, both of which are written in red, white and blue. 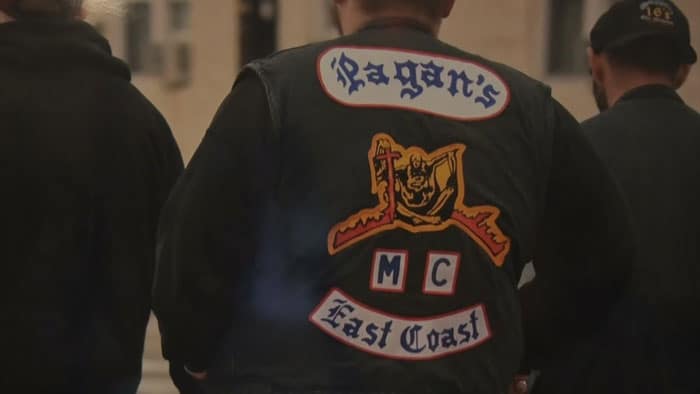 Unlike other One Percenter motorcycle clubs, members of the Pagans do not include their chapter on their insignia. It is believed that they intentionally omit this information in order to prevent law enforcement officers from knowing which chapter they belong to.

Expansion of The Pagans

From their original group of 13 members, the Pagans expanded rapidly in the 1960s. During this period, they created a formal constitution and formed a governing structure with a national president.

The Pagan’s MC and Crime

The Pagans have a long history of criminal activities.

In 1994, the Pagans showed up at a charity that was held by the Tri-County MC in Hackettstown, New Jersey. They were there to intimidate local motorcycle clubs into aligning with them in order to keep the Hells Angels out. A fight broke out and ended with the death of 2 Pagans and numerous injuries. 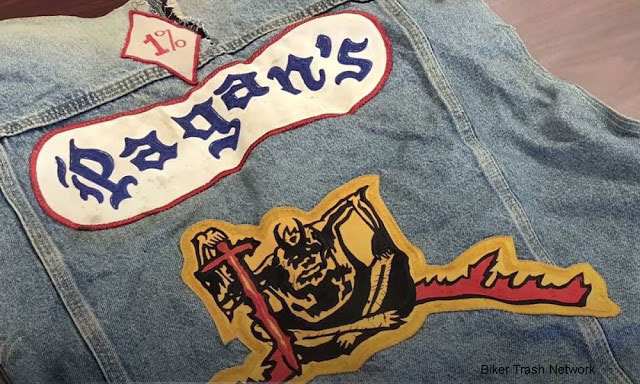 In 2002, 73 Pagans confronted members of the Hells Angels at the Hellraiser Ball in Long Island, New York. A fight ensued and resulted in the death of a Pagan along with 10 injuries. Two weeks later, a Pagan's-owned tattoo parlor in Philadelphia was firebombed, perhaps as retaliation for the incident in Long Island.

Continuing their battle with the Hells Angels, the Pagan's allegedly killed the VP of the Hells Angels Philadelphia chapter in 2005. The Hells Angels closed the said chapter later that year, indicating that they may have been driven out of the stronghold of the Pagans.

Nineteen members of the Pagans were arrested in Rocky Point, New York in 2010 on allegations that they conspired to murder members of the Hells Angels. Charges included assault, distribution of illegal drugs, conspiracy to commit extortion and weapons charges.

These and numerous other crimes involving illegal drugs, weapons, violence, organized crime and more have made the Pagans perhaps the most fierce 1%er motorcycle club on the planet in a pound-for-pound sense. They actually hold a lot of similarities with the notorious Japanese 'Bosozoku' motorcycle gangs. Today, the Pagans MC continues it’s virtually regular run-ins with the Hells Angels and law enforcement officers.

Unlike most other outlaw motorcycle clubs the Pagans explicitly incorporate violence into their culture. The group’s national sergeant-at-arms is responsible for choosing 13 members to serve as “Enforcers” or “Regulators.” These members use intimidation and violence to deter all opposition to the Mother Club.

Overall, the group is known to have an unpleasant culture. Many members are known to have fascist or racist views and some wear patches that reflect such beliefs. Also, disputes are often resolved through violence, which lends to the group’s overall bad-boy image.

Members of the Pagans must be at least 21 years of age. They must also own a Harley-Davidson motorcycle with a 900 cc engine or larger.

The Pagans operate a rigid, hierarchical group. The Pagans are currently headquartered in Delaware County, Pennsylvania.

The Pagans Riding In Virginia

Can you Ride a Motorcycle in the Snow? [Answered]

Best Motorcycles for Highway Commuting in 2022

Can You Leave a Motorcycle in the Rain? [Answered]