A review of the Akuma Phantom II MFR Helmet 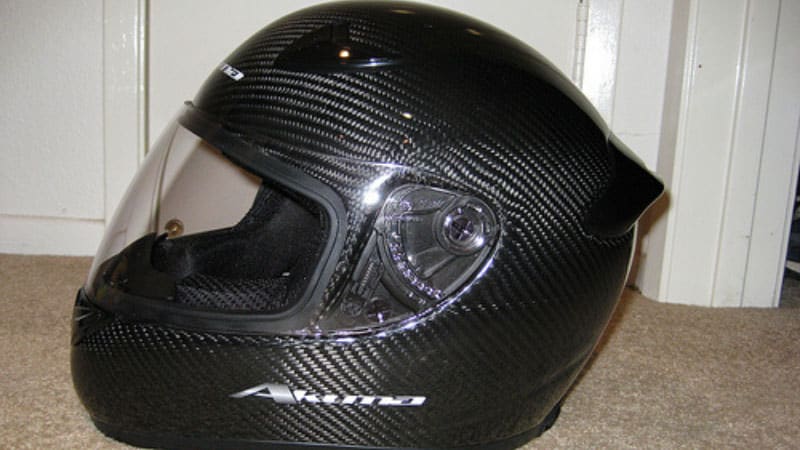 The outside of the helmet box reads “One Badass Lid”. That pretty much covers my evaluation. So goodnight, and don’t forget to tip your waitress.

Over the years I’ve had the opportunity to test a plethora of brain-buckets and there isn’t a one I’d put ahead of the Phantom II. No BS. A couple of years back when I first tested the Akuma Stealth, owner Kerry Harris, the creative and inspirational driving force behind all things Akuma, had just begun his quest into the dominion of the motorcycle helmet/gear giants. Less than five years later the bigs have now been served notice – Akuma helmets are at present, a point of reference. 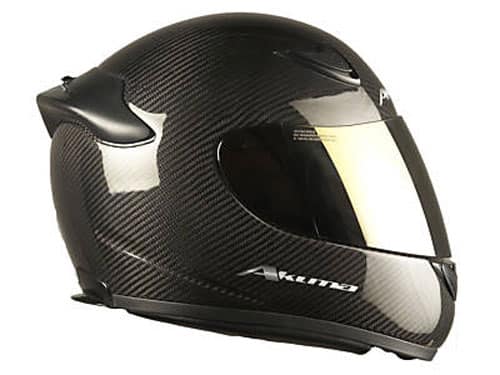 The beauty of the Phantom II is in its pure design functionality. It’s hands-down one of the lightest lids I’ve ever worn, weighing in at a svelte three pounds of total carbon fiber construction (covered in a UV resistant clear coat). This is Akuma’s race helmet; it’s the one you want to be wearing when tooling around at triple digit speeds. Although I’m of the opinion that non-racers will appreciate the Phantom even more.

Did I mention this thing is ridiculously light? The first day I wore it I rode an easy century and I swear my neck and shoulders where more relaxed after a hundred miles of canyons and switchbacks. I figure someone will concoct an equation for how reducing mass, times speed and time, adds up to a more enjoyable riding experience. There was noticeably less mindful effort required in moving my view from here to hither – and when you can damn near forget you’re wearing a helmet, every view improves. This is a serious lid; Harris went so far as to have it wind tunnel tested in Germany so it’s “Super Aerodynamic.” 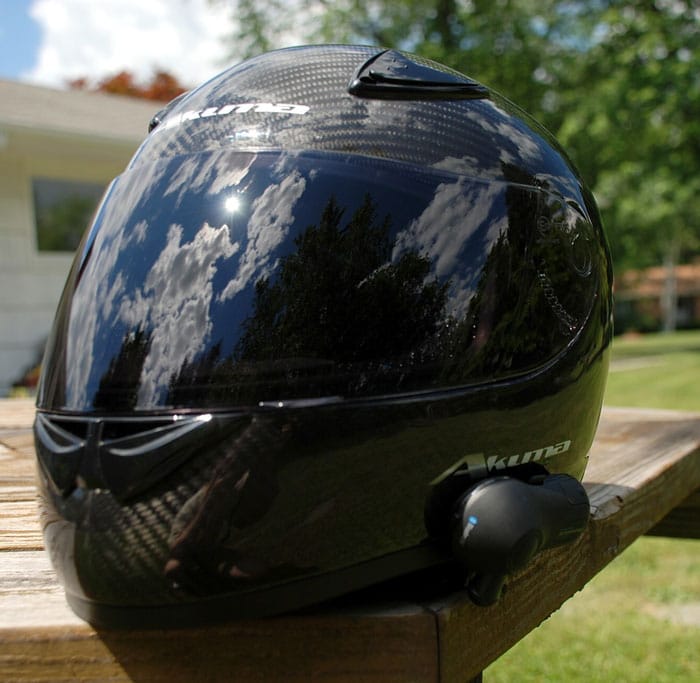 The fit on the Phantom is precise. There’s padding reaching around the front of the chin-guard, gently cradling my cheekbones and my entire noggin. There’s often a fine line between supporting and squeezing – from day one though there hasn’t been a single hot-spot or pressure point, only comfy goodness.

I read once that the simple secret to business success is to give customers a little more than they expect. It keeps them coming back. You get a lot more than a little with this helmet. Harris worked for many years to foster an association with Transitions® SOLFX™; they’re the people that make the famous eyeglasses that change from clear to sunglasses when they hit light. Harris is now the only helmet manufacturer to offer the real-deal photochromic visors on his helmet. I flat-out love this visor; it goes from zero, to rockstar dark in mere seconds of exposed sunlight. This visor works as well as the most expensive sunglasses I’ve worn. 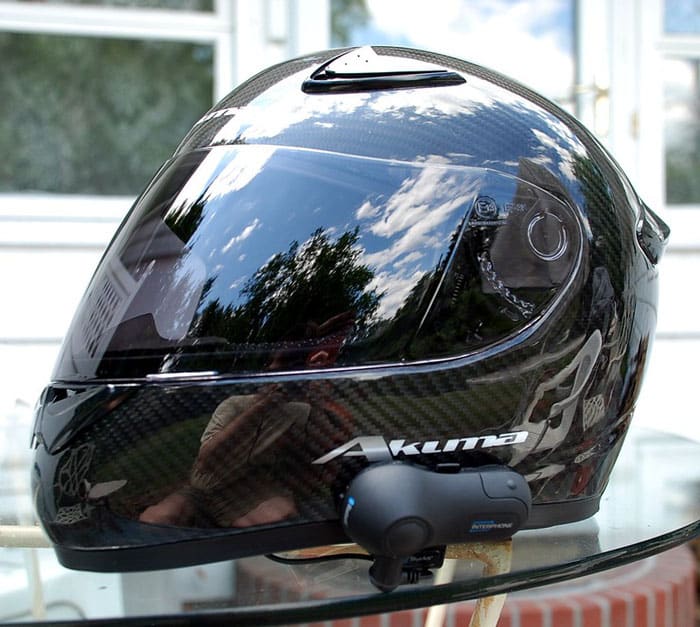 Recently other companies have started advertising “transition visors.” Be aware that by transitions they refer to the process, not the trademarked originators. Transitions® lenses were the first to receive the American Optometric Association Seal of Acceptance and the World Council of Optometry Global Seal of Acceptance for UV Absorbers and Blockers, and they provide 100% UV light protection at any level of tint.

Harris sent me another visor as well, it’s a brand new Transitions® SOLFX™, Carbon Fiber Chameleon visor. This thing changes from clear to a mirror finish as effectively as the other visor. Very sweet.

This may well be the only time I’ve ever had a single tiny gripe with anything I’ve tested. Because this is a race helmet, it comes with a double D-ring chinstrap – no worries there. But, the simple goofy oversight is the female end of the snap fastener that secures the strap from whipping in the wind is to short. With the helmet on that fastener is mostly covered by the aforementioned chin-guard padding and nearly impossible to snap. It’s the tiniest of things but needs to be mentioned. On second thought, forget I mentioned it.