Beyond The Law: A Movie Based On Real Biker Gangs 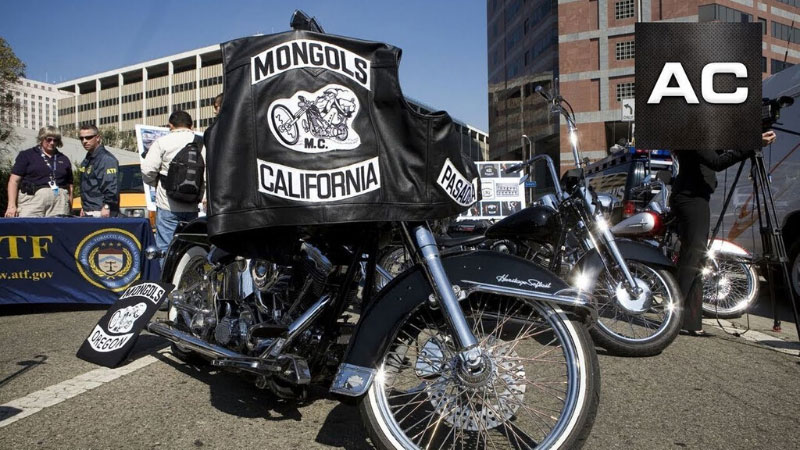 Although there have been countless movies about outlaw biker clubs, the results have been inconsistent at best. While countless exploitative biker gang movies exist, viewers craving an accurate portrayal of the “One Percenter” community are often left unsatisfied.

Background of Beyond The Law

The most unique aspect of Beyond the Law is its background. Unlike the majority of movies from the biker genre, this particular film is based on a true story. Although the names have been changed, Beyond the Law is based on the real life story of Dan Black, a cop who successfully infiltrated a notorious outlaw motorcycle club. In fact, Black (a pseudonym) spent 18 months in a one-percent gang, gathering information and earning the trust of its members. In the end, Black’s hard work led to massive arrests. 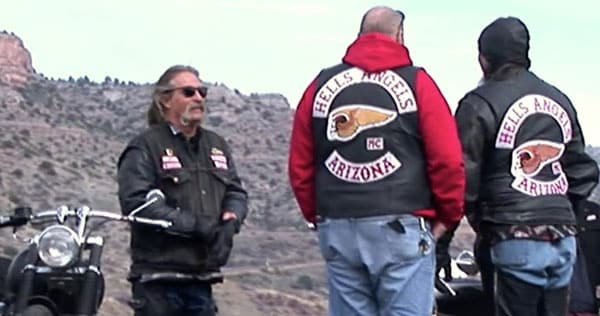 Black’s incredible story was chronicled in Lawrence Linderman’s article “Undercover Angel,” which was featured in the July 1981 issue of Playboy. Fortunately for filmgoers, notable screenwriter Larry Ferguson read Linderman’s piece. Ferguson, who is primarily known for penning Highlander, Beverly Hills Cop II and The Hunt for Red October, would go on to write and direct Beyond the Law.

Beyond the Law centers on Dan Saxon (Sheen), a police officer that is recruited for an undercover operation, which involves infiltrating a biker gang that is partaking in arms and drug trafficking. Saxon’s assignment is uneventful until he meets Virgil (Leon Rippy), a mechanic with an in-depth knowledge of the motorcycle gang underworld. With the help of Virgil, Saxon crafts an alter ego named “Sid” and is able to gain access to a local club named the Jackals, led by Blood (Madsen). 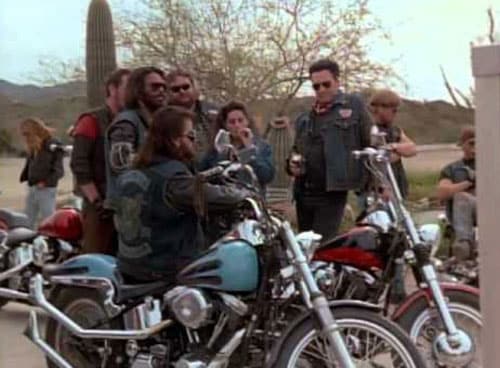 At the onset Saxon is understandably weary of his new “friends,” but soon becomes entrenched in the biker lifestyle. As the film progresses, Saxon falls deeper into the seedy biker underworld, becoming increasingly unhinged. To complicate matters, Saxon simultaneously begins a relationship with Renee Johnson (Linda Fiorentino), a photojournalist chronicling the Jackals.

Motorcycles in Beyond the Law

Many motorcycles are featured in Beyond the Law, but the obvious star is the Harley-Davidson Softail Custom, ridden by Saxon (Sheen). Although simply seeing the bike is reward enough, viewers are treated with a noteworthy montage of Saxon and Virgil assembling the bike from the ground up. Ironically, the frame used at the beginning of the scene is a vintage Harley-Davidson wishbone hardtail. The frame was made to look like a softail via the addition of some sheet metal.

In addition to the Softail Custom, Beyond the Law also showcases several other classic Harley-Davidson motorcycles. There is a red Harley-Davidson Fat Boy, which Blood rides, and Virgil’s Harley-Davidson Softail Springer. The film’s opening sequence also shows a Harley-Davidson Electra Glide outfitted in police regalia. An officer we later learn is Saxon’s abusive uncle rides the bike.

While Harley-Davidson is surely the motorcycle star of Beyond the Law, a Honda Gold Wing also finds it way into the mix during a brief scene.

Beyond the Law has earned recognition from bikers and law enforcement officials alike for its realism. In fact, an Arizona biker gang known as the Dirty Dozen served as technical advisors on the film.

Dan Black also played an integral roll during the filmmaking process, serving as an on-set advisor. Throughout the entire film it is easy to tell that writer/director Ferguson went to great lengths to ensure that Beyond the Law did Black’s story justice. This is especially evident in the scenes depicting Saxon enduring great physical and emotional strife.

As far as what may have been embellished, it seems that the rapidity of which Saxon rises through the ranks must have been exaggerated. Even though Black’s operation took 18 months, the filmmaker is force to speed up the progression for the audience’s sake. This is primarily evident when Blood asks Saxon to join the Jackals. Saxon would also have had to “patch over” before he was offered a position within the Jackals since he was already a member of another gang (albeit one he made up).

While it may have worked cinematically, the scene in which Saxon and Virgil ride alongside Blood at the head of the bike run seems unlikely. That said, Beyond the Law still rings true in a number of key categories, making it a must-see for fans of the genre.

Beyond The Law Trailer