Unlike most electric scooters, the C evolution was conceived as a “future-oriented vehicle” designed to commute around urban areas and city centers. In order to make this possible, BMW Motorrad has improved the typically range commonly associated with electric scooters.

Due to an increased battery capacity, the C evolution is able to consistently average about 62 miles per charge. The 60-plus mile range ensures that riders are not just stuck driving in a limited city setting. The C evolution’s range is made possible by a high-voltage battery with an 8 kWh capacity. The battery features the same lithium-ion storage modules as does the BMW i3, an electric car currently being developed by the German company. 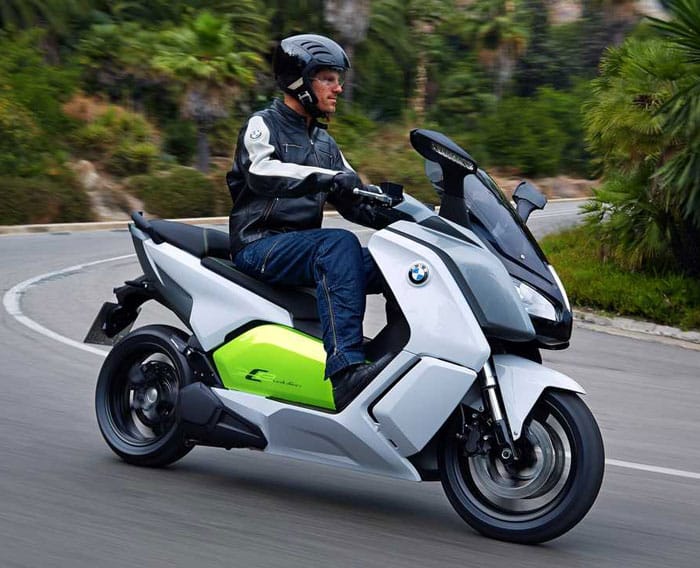 Another unique aspect of the battery is that it contains an innovative air-cooling system. The C evolution employs a cooling air shaft in order to counteract the heat emitted from the vehicle’s high-voltage battery. Furthermore, the cooling system contains cooling ribs, which ensure “optimum heat dissipation” and allows for constant airflow.

According to BMW, its upcoming C evolution scooter enjoys “electro-performance at the level of a combustion engine.” With a continuous output of 15-hp and 47-hp peak output, the vehicle has a powerful motor capable of traveling at a top speed of 75-mph. BMW claims that its scooter’s performance is comparable to a 600-cc gas-powered scooter. Also, unlike a gas-powered scooter, there are no delays in torque build-up thanks to the electric motor. 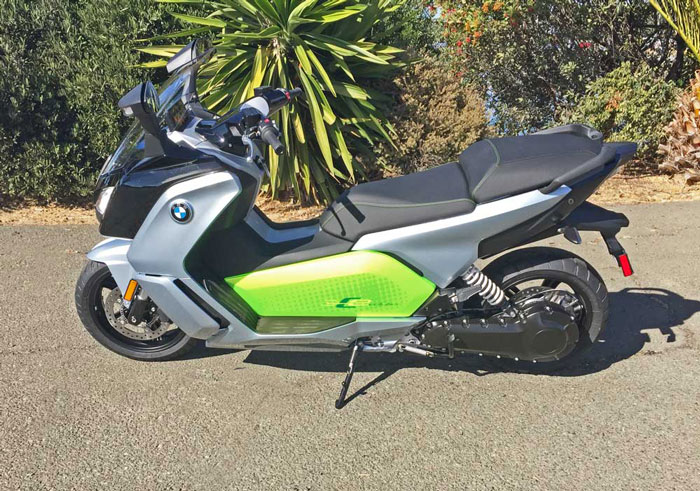 The C evolution touts a twin disc brake system with 2-piston floating calipers to guarantee powerful yet secure acceleration. Additionally, all brake lines have been steel-wrapped to produce a stable pressure point and optimal manageability. Furthermore, the C evolution’s BMW Motorrad ABS reinforces its controllability and stability. Weighing just over a pound, the Bosch 9M dual channel ABS allows for separate regulation of the two brake cycles for front and rear brakes.

Aside from offering the usual speed display and warning indicators, the C evolution’s instrument panel showcases the battery charge state (SOC=State of Charge) and the energy balance. Illustrated by way of a progress bar, the energy balance lets the rider see whether energy is being converted into forward motion or being recovered.

While technological innovation is vital, the first thing rider will notice about the C evolution is its distinct style and design. The scooter possesses a “split face” running across the upper trim segment, creating a dynamic front view. This BMW model also contains a twin-shaped spoiler in the front trim, as well as a boomerang-shaped floating panel in the side trim. The bike’s short and sporty rear includes a helmet compartment. 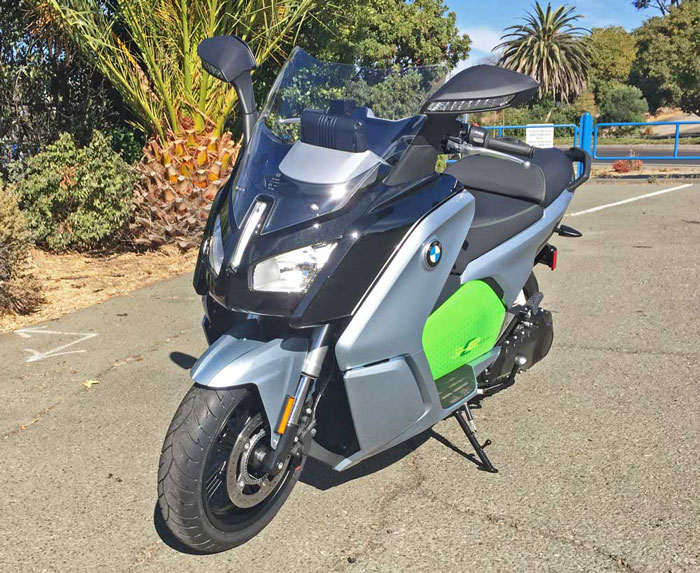 The vehicle’s environmental mentality is reflected in its two colors: “Light white” and “Electric green.” Additionally, an illuminated “e” inscription is present on the side trim.

As a subdivision of BMW Group, BMW Motorrad has the unique ability to draw upon its expertise in the electrically powered automotive industry. Unlike most motorcycle manufacturers, BMW Motorrad can draw upon the automaker’s in-depth knowledge of plugs, cables, battery packs, high-voltage technology, and safety shutdown. Therefore, all of the safety standards and innovative features present on BMW’s electric cars have been applied to the C evolution electric scooter.

BMW has yet to announce a release date, but the fact that it is in near-production status indicates that it may be available overseas within the next couple of years. As of right now, BMW has not indicated whether the C evolution will be available for sale in the U.S. 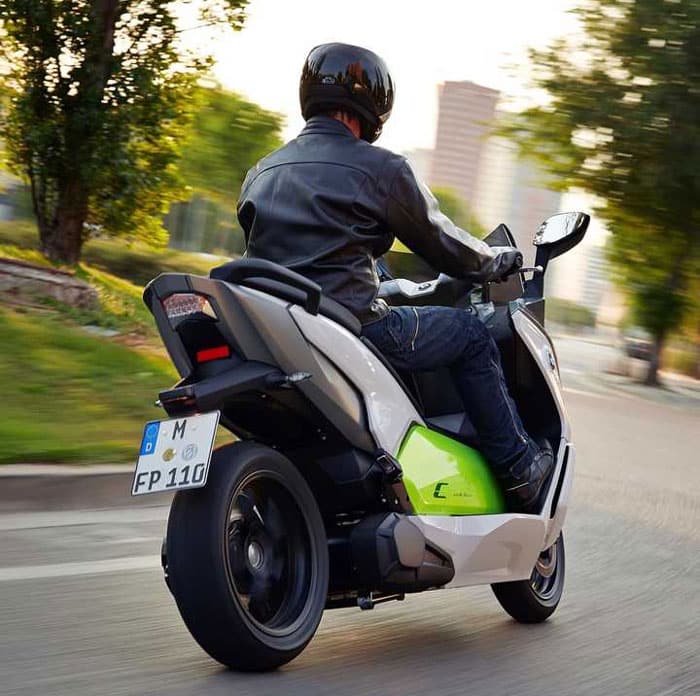 In the meantime, those interested can check out the prototype at the 2012 London Olympics. BMW plans on selecting random Olympic visitors to test-drive the scooter throughout the duration of the games. Also look for the C evolution when it makes its official debut at the Paris Motor Show in September.

A division of BMW AG, BMW Motorrad began as an aircraft engine manufacturer during the early 20th century. It was not until 1923 that the company produced its first motorcycle. BMW Motorrad’s early models featured a flat-twin boxer engine, a configuration which it still uses to this day, among others. The company currently produces shaft, chain, and belt driven models, with engines ranging from 650 cc to 1,649 cc. BMW Motorrad manufactures models designed for off-road, sport, dual-purpose, and touring pursuits.