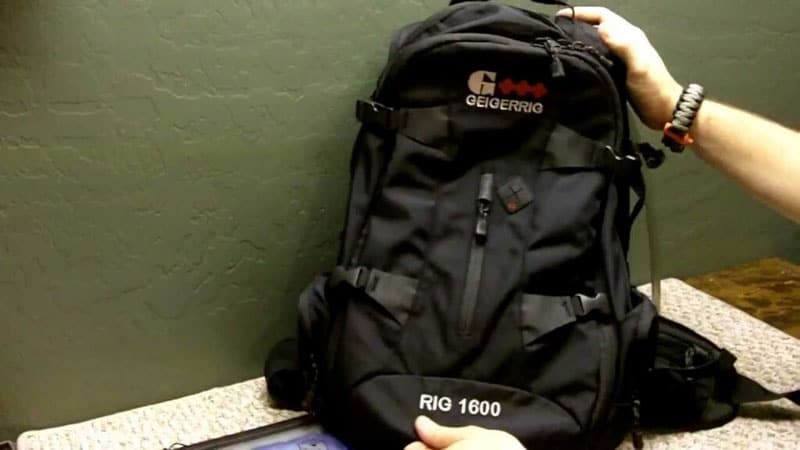 When reviewing products the easiest thing to do is to compare them to similar items. How does it measure up? Is it the best? Middle of the pack? The worst thing you've ever laid eyes on? In regards to the Geigerrig Hydration Pack, doing an apples to apples comparison really isn't fair. Why? Because the Geigerrig 500 isn't like many other hydration packs on the market. 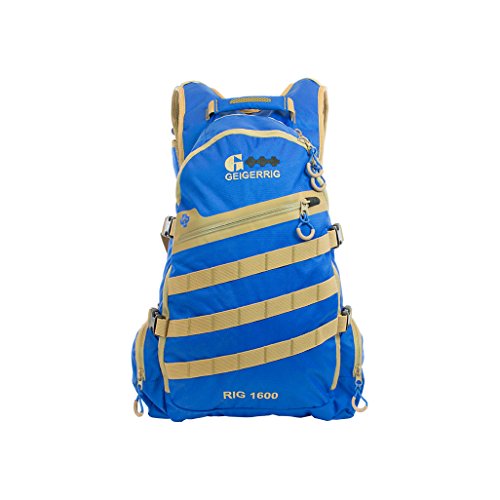 There are several reasons why I like the Geigerrig 500 but let's start with the obvious. It's pressurized. Yep, with the Geigerrig 500 you've got a mini-hose strapped to your back. The hydration pack has your standard drinking tube on the right strap, but on the left there is a small air pump that connects to the bladder. After a couple of pumps you can fire water out of the hose. (My personal best is 9 feet.)

But despite this added pressurized feature, Geigerrig has managed to keep the pack amazingly simple. The pump connects to a hose which connects to the top of the hydration pack. That's it. It's such a simple feature that adds so many additional functions to the pack.

Which of course begs the question: Why do I need a pressurized hydration pack?

There's not one clear answer... But there are a hundred small ones. For motorcyclists, a pressurized pack gives you a mobile water supply to clean off gear. Whether you're rubbing down a windshield or washing mud off your boots, the Geigerrig pack makes it easy. The pressurized system also gives you a refreshing option when stuck in traffic or riding in the summer in full leathers.

And for adventure motorcyclists, well, the Geigerrig has another feature that you won't find anywhere else.

The Geigerrig 500 Hydration pack has a built in filtration system. Which means that wherever there is water, there's a drinking supply. And like the rest of the pack, it's a pretty no-brain effort. The "every day" drinking tube is removed and the "filter tube" is attached to the bladder. That's it. The plug-and-play system takes a few seconds to switch out the tubes so that the next time you stop at a dirty river you can easily quench your thirst. 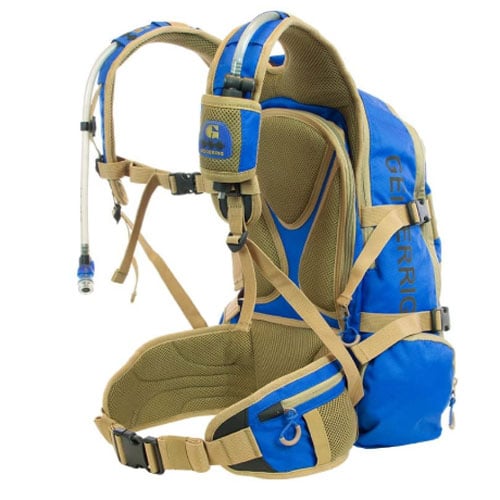 My one qualm with the purification system is that it was hard to get the same sort of pressure from the hose when the purifier was attached. But I suppose you aren't going to be wasting drinkable water on your windshield...

And because Geigerrig encourages you to run dirty water through your system, they've made it pretty easy for you to clean the pack. The bladder can quickly be turned inside out and is dishwasher safe.

The Geigerrig 500 is a hydration pack that is full of features that separate it from the crowd. But don't be fooled into thinking that Geigerrig is trying to sell a gimmick. If you took away the purification system. If you took away the pressurized pack. If you stripped the Geigerrig 500 of its additional features so that you could stop comparing apples to oranges, you'd still have one of the best packs on the market.

Why? It's all in the details.

A hydration pack consists of a bladder, two shoulder straps, and a hose. But it's the little details, the small tweaks that companies don't tend to brag about, that separate the good from the bad.

Geigerrig's packs are full of those little details. From the small clip on the right shoulder to keep the drinking tube from flopping around, to the carabiner that keeps the bladder in place, from the back padding pattern that allows great breathability, to the rubber headphone opening, to the bladder clasp that slides securely into place. It's clear that Geigerrig knows what customers want and how to give it to them. Which in turn, makes it pretty easy to understand why Geigerrig keeps winning awards for its hydration packs.

Now, before I finish compiling a few hundred words of nothing but praise for the Geigerrig 500, there is one drawback to this pack. Every product has its fault and the Geigerrig 500's comes in the form of a space to weight ratio. Because of the ever-inflating bladder, the Geigerrig 500 doesn't have much cargo space. But it isn't for a lack of trying. The pack does squeeze in four pockets, two outside and two inside, and a few loops to attach whatever you need to the outside.

It all boils down to what you need from your pack. For me, who will use the pack primarily on a motorcycle, I don't need much cargo space. The benefits that go along with the Geigerigg 500 far outweigh any of its limitations.

But if cargo is a concern for you, check out the Geigerrig 1600.