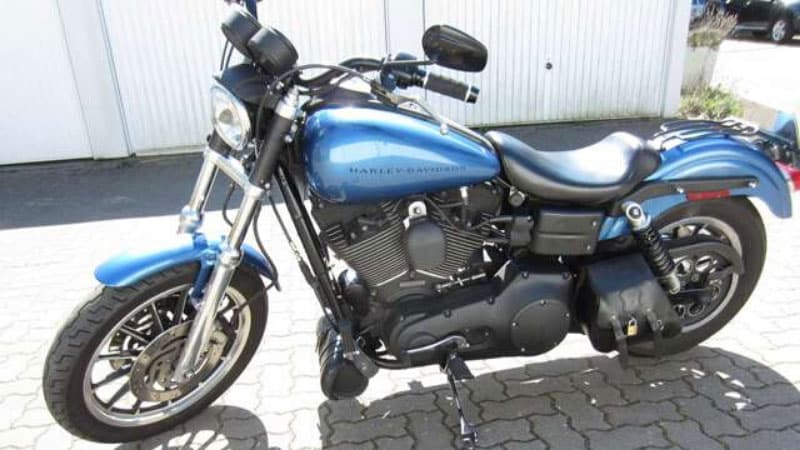 The brainchild of Willie G. Davidson, senior vice president and chief styling officer at Harley-Davidson until his retirement on April 30, 2012, the first Super Glide made its debut in 1971. In an effort to appeal to customizers, and offer some competition to aftermarket suppliers, Willie G. took the frame, powertrain and rear suspension of the FLH Electra Glide and added the telescopic front forks, front wheel, and headlight of the Sportster. The new bike, the first Harley-Davidson factory custom, was dubbed the FX 1200 Super Glide.

The 1971 Super Glide didn't have the electric starter of the Electra Glide, so it had a smaller battery and battery box. Powered by the 1200 cc Shovelhead engine, the Super Glide sported a fiberglass boat tail rear fender. The new model was not an immediate success, selling only 4,700 units that first year. The next year Harley replaced the fiberglass rear fender with a steel one and the Super Glide became more popular. 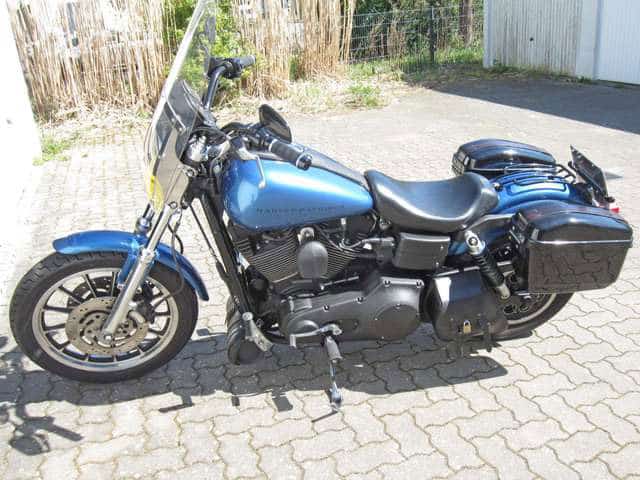 H arley-Davidson added an electric starter version of the Super Glide, the FXE, in 1974. In 1977 a limited-edition Confederate Super Glide was produced. It had a metallic gray paint job, rebel flag on the fuel tank and a general's sleeve braid decal on the front fender. Only 228 of the Confederate Super Glide were manufactured, along with Confederate editions of the Electra Glide, and three Sportster models, only 561 total units were made, making it one of the rarest Harleys.

The Super Glide II rolled into the Harley-Davidson 1982 line up as the first of the FXR models, with a stiffer, lighter frame, rubber mounted engine and five-speed transmission. The FX models would continue through the 1985 model year, except the Wide Glide, which hung on for one more year.

With the discontinuation of the FXE Super Glide, the FXR Super Glide II became simply the Super Glide. The kick start Super Glide had been dropped from the lineup for the 1979 model year. Though the FXR model frame provided superior handling to the FX models, sales began to dip in the late 1980s and Harley designers went to work on a new frame.

The new frame was unveiled for the 1991 model year, introducing a brand new model family, the Dyna. That first Dyna was the limited-edition Sturgis. The Dyna family bikes were powered by the 1,340 cc Evolution engine, which had been in service since 1984. The difference in the Dynas was how the engine was attached to the frame. The Dynas had two rubber mounts, unlike the three Harley had used on the FXR models. Because the Dyna frame was more rigid the bikes experienced less vibration at speed.

Through the early 1990s Harley-Davidson began retiring or transitioning the FXR models to the new Dyna platform. The final year for the FXR bikes was 1994. In 1995 the new FXD Dyna Super Glide replaced the FXR Super Glide, one of the last two FXR models to be produced. 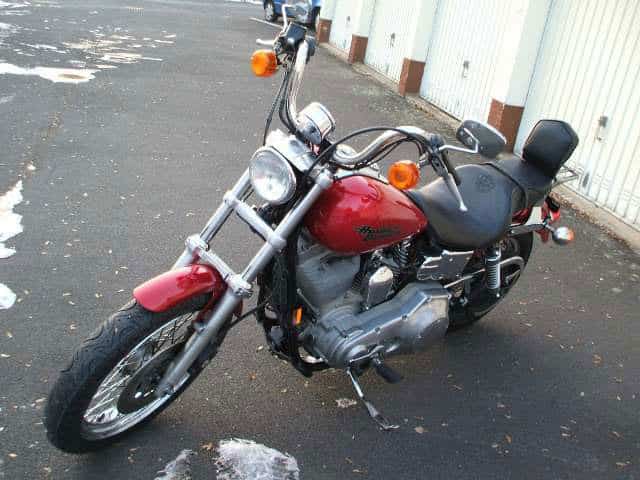 Harley-Davidson rolled out a new engine on the 1999 Dynas, the Twin Cam 88. This was an air-cooled, 1,450 cc V-Twin powerplant. The 1999 Super Glide put out 68 horsepower at 5,400 rpm with a top speed of 102.5 mph. 1999 also saw a new version of the Super Glide, the FXDX Dyna Super Glide Sport. The Sport had triple disc brakes, flat handlebars and improved suspension. The Sport was discontinued after the 2005 model year. 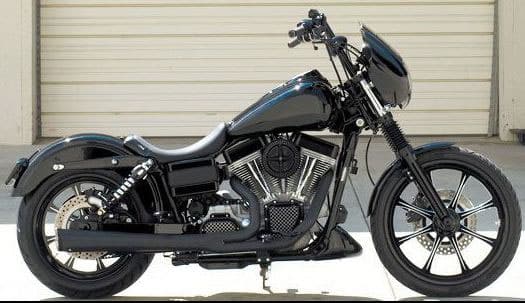 A touring edition of the Super Glide, the FXDX-T Dyna Super Glide T-Sport, was introduced in 2001. The T-Sport came with a small frame mounted fairing and adjustable windshield, detachable nylon saddlebags and a saddle that Harley touted as a two-up touring seat. The T-Sport was pulled from the roster after the 2003 model year. 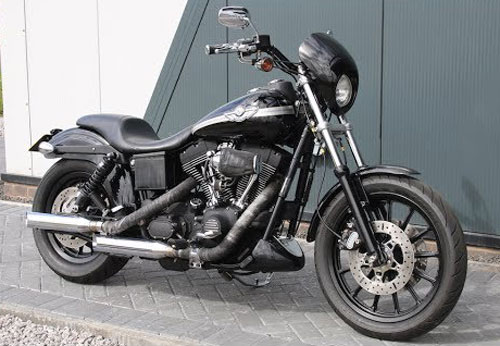 To mark the 35th anniversary of their first factory custom, the 1971 FX 1200 Super Glide, Harley-Davidson introduced the limited-edition FXDI35 Dyna 35th Anniversary Super Glide. The anniversary edition featured a Glacier White Pearl paint job, Fat Bob dual fuel tanks with dual caps and wide mini pull back handlebars. The graphics were reminiscent of the original Super Glide, down to the Number One logo on the fuel tank. Only 3,500 units were produced. Also in 2006, all of the Dynas got the new Cruise Drive six-speed transmission.

The 2007 Dyna Super Glide and Super Glide Custom got fuel injection as a standard feature with Harley's introduction of the new Twin Cam 96. The new engine was a 1,584 cc air-cooled V-Twin.

The Dyna Super Glide and its various editions have been used in a number of movies and TV shows. 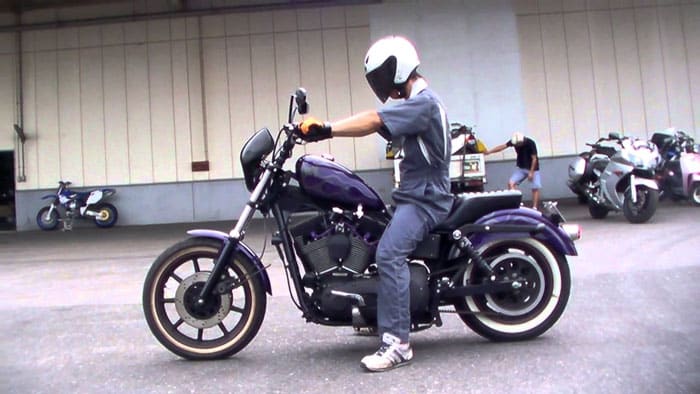 The first sequel to George Romero's zombie classic “Night of the Living Dead” was shot in the Monroeville Mall near Pittsburgh, Pennsylvania. A group of people take refuge in the mall as zombies and a biker gang lay siege. Some of the extras who played bikers were actual members of the local Pagans MC. Though it precedes the debut of the Dyna Super Glide, an FXR Super Glide is ridden through the mall by one of the gang members.

Based on the true life story of Roy “Rocky” Dennis, played in the film by actor Eric Stoltz, Mask presents a touching look at a boy with a terminal, disfiguring disease and his mother's efforts to give him as normal a life as possible. The mother, Florence “Rusty” Dennis, portrayed by Cher, is friends with a group of bikers, the Turks, who accept Rocky as one of their own. Dozer, a large, mute member of the Turks, played by actor Dennis Burkley, rides a Dyna Super Glide.

When Pee Wee Herman, played by actor Paul Reubens, notices that his bicycle has been stolen, he embarks on a cross country trek to recover it. Along the way he stops in the Apache Bar, a private biker club, to use the phone. On his way out of the bar Pee Wee bumps into a red Dyna Super Glide, knocking it over and causing a chain reaction as an entire row of motorcycles falls to the ground.

Hulk Hogan plays Dyna Super Glide riding, former wrestler turned body guard, Sean Armstrong. He accepts a job guarding a bratty brother and sister and winds up acting as the nanny when the kids scare away yet another caregiver.

Bruce Willis, as boxer Butch Coolidge, steals the chopper of the recently deceased Zed. The bike is a modified Dyna Super Glide with extended front forks.

The 1978 episode “Flashback” features a biker gang that is stealing CHiPs motorcycles. Several of the bikers are riding FXR Super Glides.

In the series finale (originally aired on 4/24/03) Sabrina, played by actress Melissa Joan Hart, runs out on her own wedding and joins her true soul mate, Harvey, played by actor Nate Richert, and the two ride off together on Harvey's Dyna Super Glide.