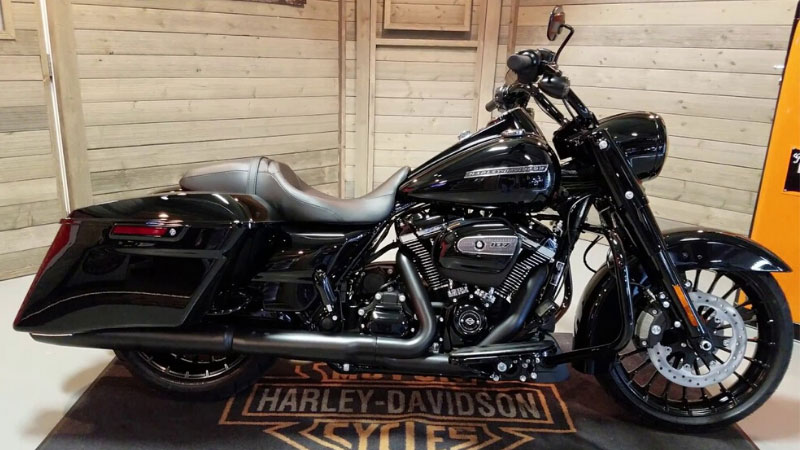 The Harley-Davidson Road King is the direct descendant, and the replacement of, the Electra-Glide Sport. Each Harley has a model name and a multi-letter model designation. While those letter designations are often confusing, they can be helpful in tracing the lineage of a given model.

The history of the FLH is one example of how Harley-Davidson's alphabet soup manner of naming bikes can cause confusion. In 1941 Harley introduced its first Big Twin, the FL with the 74 cubic inch Knucklehead engine. 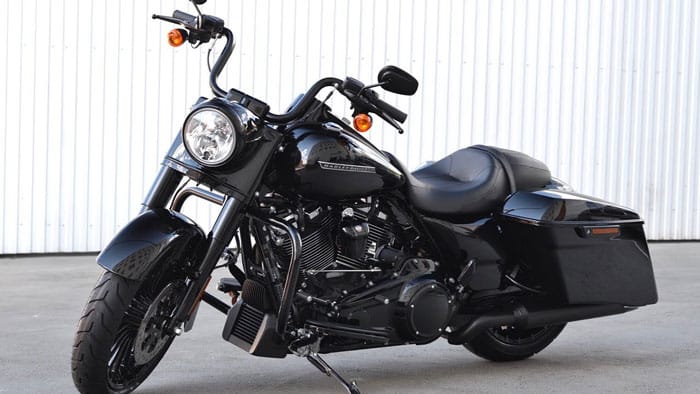 With the addition of the Motor Company's first hydraulic front forks in 1949, Harley-Davidson added an “H” to the model designation and named the bike the Hydra-Glide.

Beginning with the 1958 model year the FLH got rear brakes and hydraulic rear suspension. The letter designation remained the same, but the name was changed to the Duo-Glide. With the addition of an electric starter (replacing the kick starter) for the 1965 model year the FLH got its third name, the Electra-Glide.

Early Years of the Road King

Harley-Davidson introduced the Road King, the FLHR, for the 1994 model year. Like the Electra-Glide Sport that it replaced, the Road King had hard saddlebags and a windshield but no fairing. One of the defining features of the Road King was its large, retro headlight, reminiscent of the Big Twins of the 1960s. 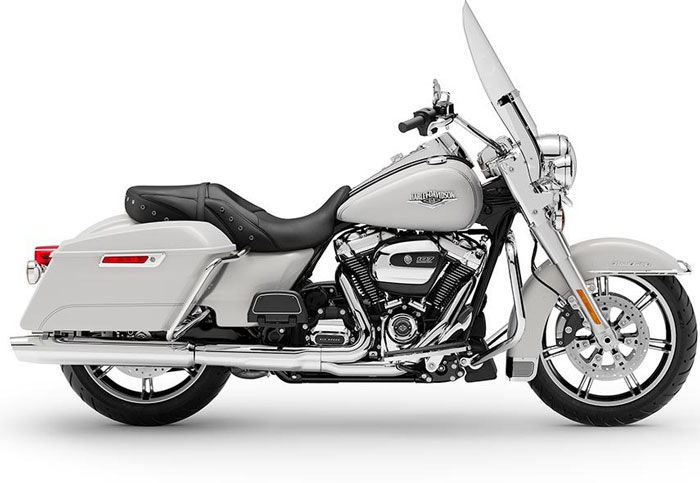 The Road King was powered by the Evolution engine, which generated 60 horsepower at 3,600 rpm. The FLHRI, a fuel-injected Road King was available beginning with the 1996 model year.

The Road King Classic (FLHRC) hit the market for the 1998 model year. The Classic featured leather covered hard saddlebags. All of the Road Kings received the new 1450 cc Twin Cam 88 engine in 1999.

Ten years after the Road King was introduced, Harley-Davidson added the Road King Custom to the line up for the 2004 model year. The Custom's styling was similar to the old Electra-Glide Sport, it got the model designation FLHRS. 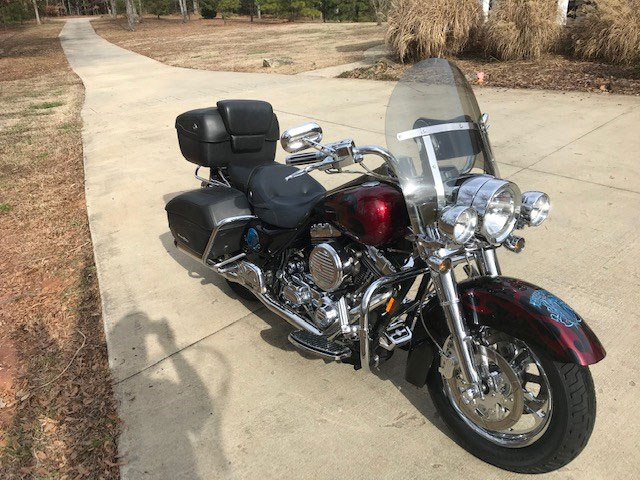 Harley gave the Custom the lowest seat height of all the Road Kings, coming in at 28.3 inches, Beach Bar handlebars, and smooth finish leather wrapped hard saddlebags. The Road King Custom was available through the 2007 model year.

Harley-Davidson introduced a new engine to the Road King models for 2007, the fuel-injected, 1548 cc Twim Cam 96. 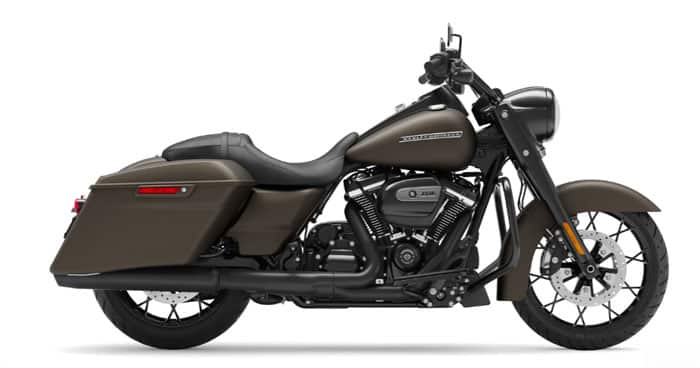 Fuel capacity was increased from five to six gallons and a fuel range indicator was added. The handlebars were redesigned, bringing them closer to the rider. Harley added new triple-disc Brembo brakes.

The engines on the Road King models (and the entire Touring and Softail lines plus many of the Dyna family models) got another bump in displacement for the 2012 model year with the new 1690 cc Twin Cam 103. 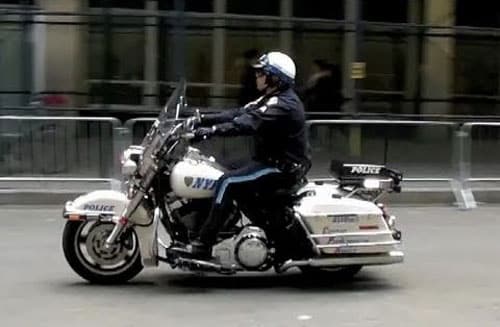 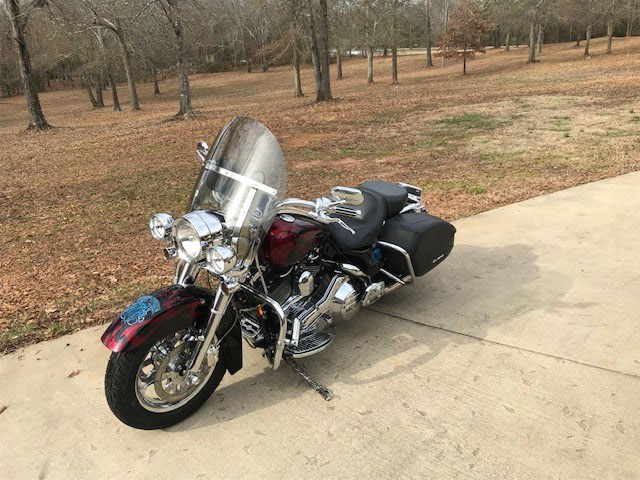 The Harley-Davidson Road King in Films

The Harley-Davidson Road King has appeared in many movies and television series. Many of the bike's appearances feature the police version of the Road King. Movies that have used the Road King include

The Road King On Television

Television shows have made use of the Road King in much the same way as movies, usually as police bikes are in background shots. The short list of TV shows that the Road King has appeared in include:

Sons of Anarchy and The Harley Road King

One of the most loved TV shows among bikers is the FX network's Sons Of Anarchy. The character Piermont “Piney” Winston, played by actor William Lucking, rode a customized Road King trike during the first season of the show.

Piney had emphysema, which required him to carry an oxygen tank with him. His Road King was customized with a holder for the tank. Piney is one of the original nine members of the Sons of Anarchy motorcycle club, and the father of another member, Harry “Opey” Winston, played by actor Ryan D. Hurst.

In the Bikes and Blades episode of History Channel's Pawn Stars, a customer brings his 1996 Road King to the pawn shop. The owner had done a custom paint job, including pink flames, for his girl friend who wound up leaving him. Corey buys the bike and sends it out to be re-painted.

Several celebrities own Road Kings. Super model Nikki Taylor rides her Road King near her home in Tennessee. When the weather cooperates Wisconsin governor Scott Walker leaves the worries of running the state government behind as he tools around the countryside on his 2003 Road King.