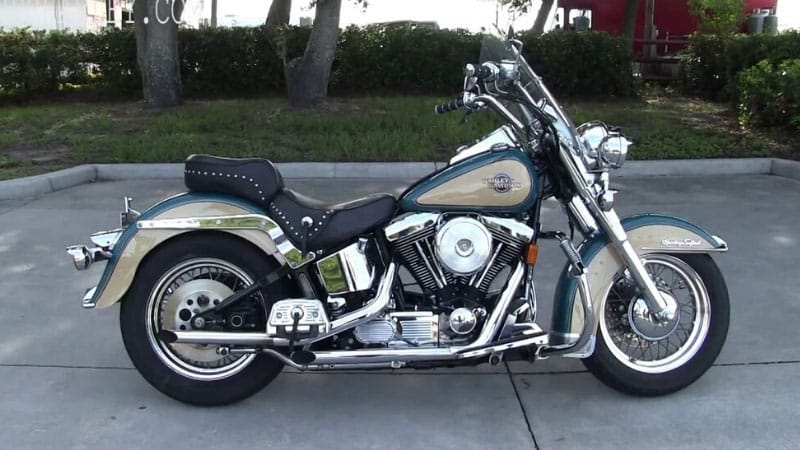 Two research developments came together in 1984 when Harley-Davidson introduced the Softail model family. Work on the Softail frame, which hid the rear suspension to give the bike the look of hard tail choppers of the 60's and 70's, began in St. Louis in 1974.

Background of the Harley-Davidson Softail Custom

Independent customizer Bill Davis added a triangular swingarm and single shock to his 1972 Super Glide. He brought the design to Harley-Davidson in 1976. After several years of refinement, the frame was introduced in 1984.

Harley had begun work on a new engine in 1977. The 1,340 cc Evolution engine featured steel-lined alloy cylinders, was oil tight, ran cooler and generated more power than earlier Harley-Davidson power plants. The Evolution debuted on five models in 1984 including the all new Softail family.

Two new models joined the Softail family in 1986, the FXSTC Softail Custom and the FLST Heritage Softail. Though both models were Softails, Harley's alphabet soup designations provide a clue to their differences. The "F" designates a big twin engine and the "ST" stands for the Softail chassis. 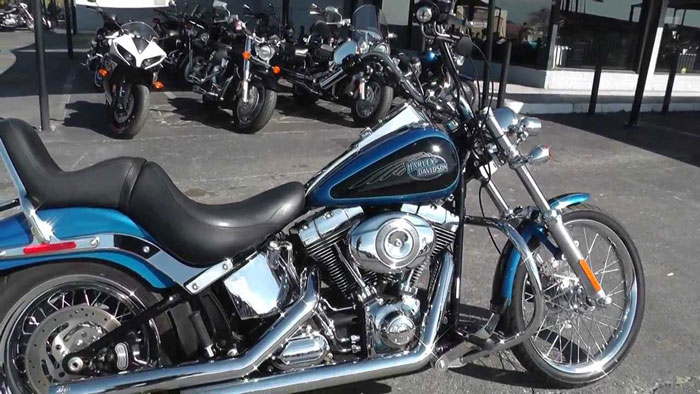 The major difference is in the front forks. The Softail Custom had a narrow, Sportster type fork, "X". The Heritage used the larger diameter forks, "L", like those on Harley's touring models.

That first Harley-Davidson Softail Custom was a customized version of the standard Softail with a blacked out engine with chrome covers, chrome frame accents, and a passenger backrest. The skinny 21 inch front wheel and forward mounted foot rests added to the chopper style looks of the Custom.

The Softail Custom remained pretty much the same motorcycle through the 1999 model year, its final production year, for awhile.

Harley-Davidson re-introduced the Softail Custom for 2007. The new Custom was powered by the new 1,584 cc, fuel-injected Twin Cam 96B engine and had the all new six-speed Cruise Drive transmission. Ape-hanger handlebars, a fat 200 mm rear tire and stepped, one piece, two-up seat with passenger backrest gave the all new Custom a retro look. 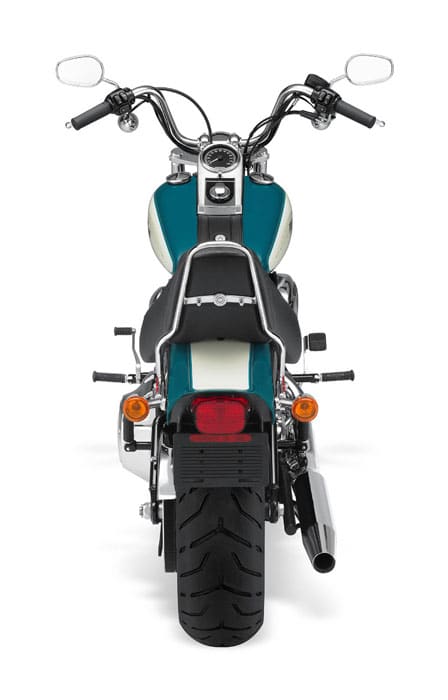 The Softail Custom met with commercial and critical acclaim, being named the 2007 "Cruiser of the Year" at the V-Twin Expo Excellence in Motorcycling Awards. Harley continued production of the Softail Custom through the 2010 model year.

The Softail Custom's chopper-like looks have landed it in more than a few movie and TV shows. The Custom has been spotted in the background on shows like Dallas on CBS, the NBC show Baywatch and HBO's Entourage. The Softail Custom has also been seen in minor roles on the big screen, including Back To The Future II (1989), Wayne's World 2 (1993) and Erin Brockovich (2000). 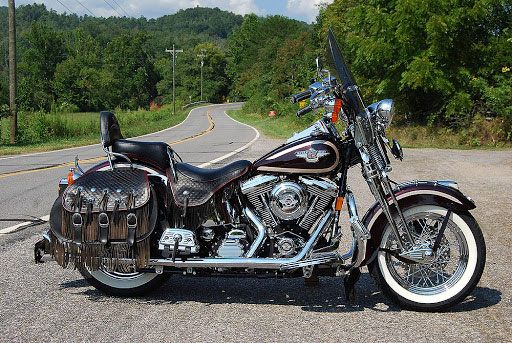 Actor Lorenzo Lamas plays Reno Raines, a former police officer on the run after being framed for murder. Raines rides a Harley-Davidson Softail Custom, and the bike is featured a number of times in the opening title sequence of each episode.

Actor Richard Barathy, playing the character Dirk Ramsey, rides a Harley Softail Custom in this movie about a daring escape from a women's prison.