Harley-Davidson has manufactured motorcycles under the Sportster model family since 1957, making it the Motor Company's longest running model. The earliest Sportsters were equipped with 883 cc and 1,000 cc Ironhead engines. The Sportster 1200 debutted in 1988.

Background of the Sportster 1200

Harley-Davidson has manufactured motorcycles under the Sportster model family since 1957, making it the Motor Company's longest running model. The earliest Sportsters were equipped with 883 cc and 1,000 cc Ironhead engines. The Sportster 1200 debutted in 1988.

In an effort to combat increasing competition from British and Japanese imports following World War II, Harley-Davidson introduced the mid-sized K series in 1952. Harley outfitted the K series motorcycles with the side-valve Flathead engine. By 1957 Harley engineers had developed a new overhead-valve engine, the Ironhead.

The K series was discontinued and the Sportster was born, employing the Ironhead engine. The earliest Sportsters retained the basic frame of the K models and the crankcase design, housing both the engine and the transmission in the same casting.

The first Sporster 1200 appeared for the 1988 model year when Harley increased the displacement of the 1,100 Evolution engine. Variations of the Sportster 1200 have been in the line up ever since. That first Sportster 1200 was equipped with a four-speed transmission, chain final drive and generated a reported 58 horsepower at 5,200 rpm.

The Sporster family underwent major changes for the 2004 model year. A new frame brought greater stability and the Evolution engine was rubber-mounted to the frame, reducing vibration. The Sportsters also got wider rear tires, 150 mm, up from the previous 130 mm. The battery and oil tank were moved under the seat and giving the 2004 models a cleaner look. 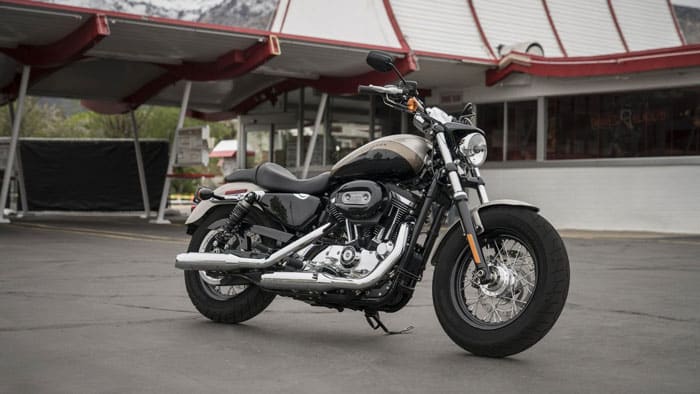 The new Roadster had a 29.9 seat height, wide handlebars, and new design fuel tank. The wheels were 13 spoke silver cast, 16 in. in the rear and 19 in. up front. Harley would drop the Roadster after the 2008 model year.

A new model joined the Sporster 1200 line up for the 2006 season, the Sportster 1200 Low. Featuring a 28 in. seat height, the Low had handlebars that were an inch further back than the other Sportsters, and mid-mount foot controls. 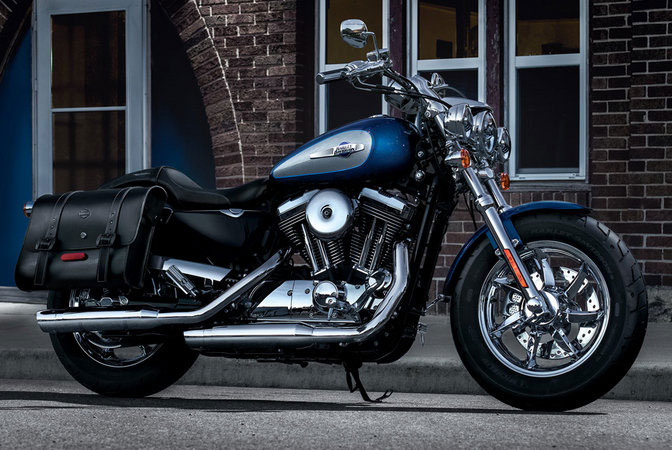 Harley-Davidson produced only 2,000 of the anniversary 1200s. The limited edition Sportster 1200 was available in two-tone Mirage Orange and Vivid Black with the 50th anniversary logo on the tank badge and bar clamp nameplate.

The Nightster had a dark, gritty appeal, with Medium Gray powder coated engine, black front fork, black low rise handlebars and clutch and brake levers. A side mounted license plate holder, black rimmed wheels and staggered chrome shorty slash cut dual exhausts added to the attitude of the Nightster. Its solo seat had a height of 26.3 inches. Harley referred to the looks of the Nightster as minimalist retro-chic.

The Harley-Davidson XR1200X and the Forty-Eight

Two new models joined the Sportster 1200 line up in 2010, the Sportster Forty-Eight and the XR1200X. The Forty-Eight was one of Harley's Dark Custom line of bikes. It featured a 2.1 gallon peanut fuel tank which first appeared on Harleys in 1948, providing the inspiration for the bike's name. 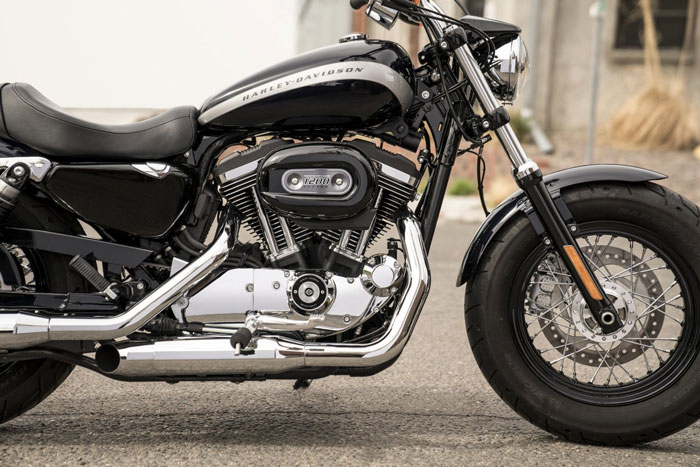 The Sportster in Culture

A rather infamous appearance by the Sportster 1200 happened on live local television in May of 2012. Reporter Stephanie Berzinski of WXII-TV in Winston-Salem, NC was doing a feature on Motorcycle Safety Month called “Biker Babe”. Berzinski had recently received her motorcycle license after taking a Motorcycle Safety Foundation (MSF) course. At the conclusion of the report Berzinski was slated to ride, on live TV, a Sportster 1200 across a parking lot. Upon stopping the Sportster she had some trouble engaging the kick stand and dropped the bike. 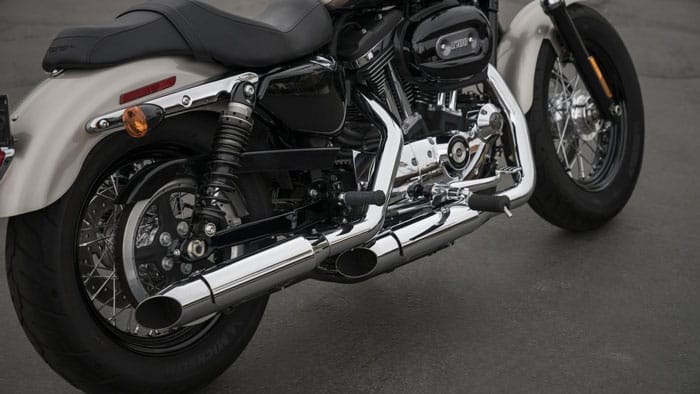 The Sportster 1200 has had its share of appearances in movies and on television, some more notable than others.

When four middle aged men from Cincinnati head out across the country on their motorcycles they run into more adventure than they anticipated, especially when they come across the Del Fuegos motorcycle gang. Dudley Frank, played by actor William H. Macy, the nerdiest and least experienced rider of the group, rides a Harley-Davidson Sportster 1200.

High school senior, Buffy Summers, is a typical teen-ager, until she learns that she is destined to be a vampire slayer. In a one scene Buffy, played by actress Kristy Swanson, is seen riding a Sportster 1200.

Other films and TV shows have used the Sportster 1200 in minor scenes and in the background, including: