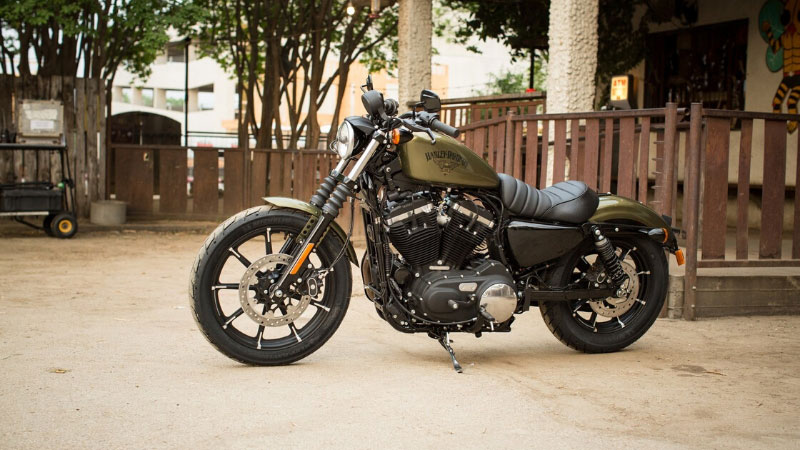 It's been called the motorcycle that saved Harley-Davidson. The Sportster was introduced in 1957 and is the longest continuously produced model in Harley-Davidson history, and one of the longest in the world. Only the Royal Enfield Bullet, first manufactured in 1948, has a longer production history.

Through the late 1940s and 1950s Japanese and British imports provided stiff competition for Harley in the U.S. Because of this they launched a line of single-cylinder lightweight bikes, generically referred to as the Hummer, but sales remained lackluster. 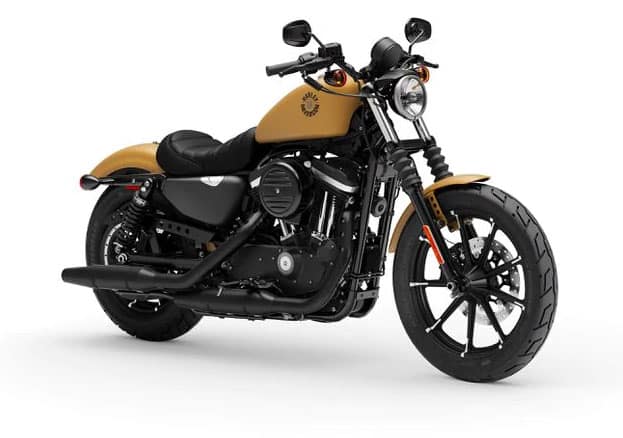 In 1951 Harley petitioned the U.S. Tariff Commisson for a 40% tariff on imports, which was denied. During that time Harley-Davidson was developing a new midsize bike and for the 1952 model year they released the K Model series. The new Harley featured an integrated 45 cubic inch (743 cc) side-valve engine and four-speed transmission.

Harley-Davidson continued development on the engine and in 1957 they unveiled a new 55 cubic inch (883 cc) overhead-valve engine called the Ironhead. The new engine debuted on a new model dubbed the Sportster. Aside from the engine, most of the new motorcycle was based on the older, now discontinued, K Model, including the frame, transmission and suspension.

After seven years of development, Harley-Davidson introduced a new engine, the Evolution, in 1984. The 1,340 cc (80 cubic inch) engine first appeared on Big Twin models in the Dyna and Softail families. For the 1986 model year an 883 cc version appeared on the Sportster. Though the Sportster had been offered with 883 cc engines since its debut, the 1986 Sporster was the first to be called the Sportster 883. 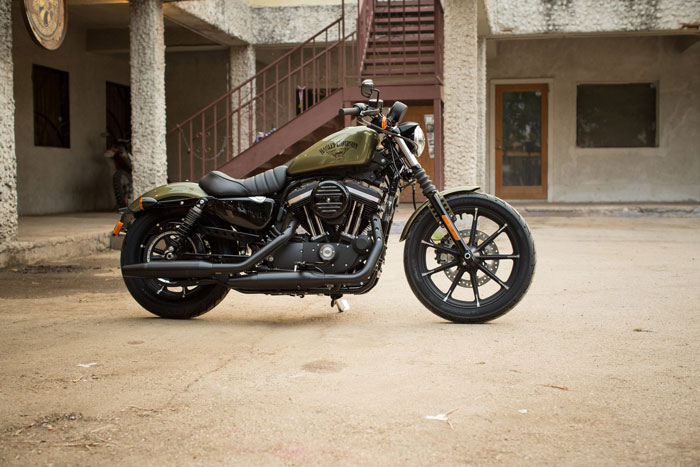 The Sportster 883 has always been the entry level Harley, the least expensive bike in Harley-Davidson's line up. In 1987 the Motor Company took advantage of that fact by starting a “Buy Back Program” in which they offered full value on the Sporster 883 if an owner traded it in on a Softail or Touring model within two years of purchase.

A new Sportster 883 model, the Hugger, joined the line up in 1987. The Hugger had a lower seat and suspension and would eventually inspire the Low models. The Hugger was discontinued after the 2003 model year. A third model Sportster 883 was added in 1990, the Deluxe. The Deluxe was outfitted with a passenger seat, spoke wheels, a tach and raised buckhorn handlebars. The Deluxe was pulled after the 1992 model year. 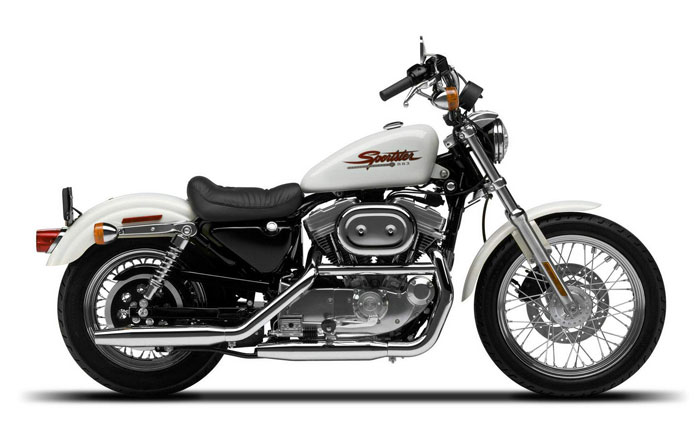 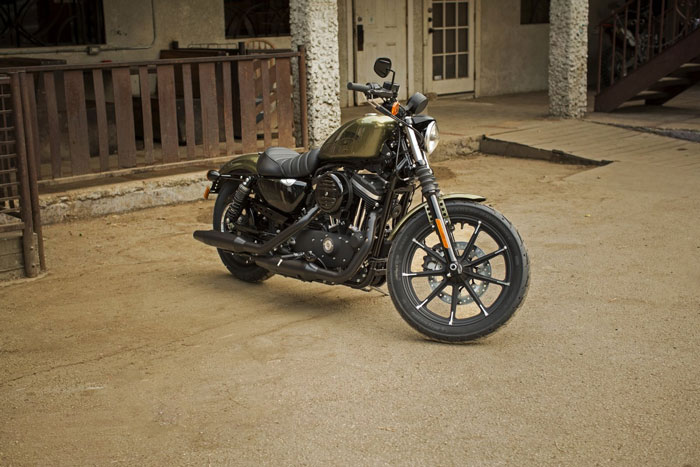 Harley-Davidson gave the entire Sportster line up a major remodel for the 2004 model year. The Sportster 883 received a stiffer frame for increased stability. Seat height was lowered to 29.3 inches. The Evolution engine got rubber mounting to reduce vibration. Clutch pull was reduced by 25% with addition of lighter clutch springs. The Sportster also got a wider rear tire and enhanced brakes. The new frame also allowed more of the engine to be visible.

The seat on the Low was positioned further forward and the handlebars were wider and pulled back further. The suspension was tweaked to lower the bike and make it 40% easier to lift off the kickstand.

The Sportster 883R was inspired by the Harley XR dirt racers. It looked fast with its blacked-out engine, air cleaner cover, handlebars, calipers, fork sliders and rear springs. The paint job was Vivid Black and Racing Orange. The 883R also had staggered shorty dual exhausts. Harley-Davidson ceased production on the Sportster 883R after the 2007 model year. 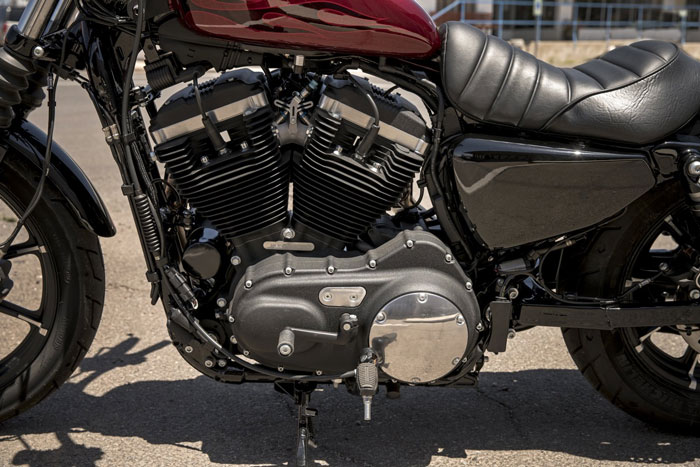 All of the Sportster models received fuel injection for the 2007 model year.

The 2008 model year saw Harley-Davidson offering eight Sportster models, three of them with the Evolution 883 engine, the Sportster 883, 883 Custom and 883 Low. This would be the last year for the basic Sporster 883.

Harley introduced the Iron 883 for the 2009 model year and the Custom and Low remained in the line up. 2010 saw the Sportster 883 models dwindle to two, the Low and the Iron. In 2011 the Iron remained and the Low was replaced by the Sportster 883 SuperLow. The SuperLow featured a low, 26.8 inch, solo seat, new handlebars and new front end to improve handling.

The SuperLow and the Iron 883 remained as the only two 883 models in the 2012 Sporster line up. Harley-Davidson also offered a Dark Custom version of the Iron 883 in 2012.

The Harley-Davidson Sportster in Culture

The Sportster 883 has also been seen in the background in Queer As Folk on Showtime, the 1994 movie Once We Were Warriors, and the British sketch comedy TV show Hale and Pace. 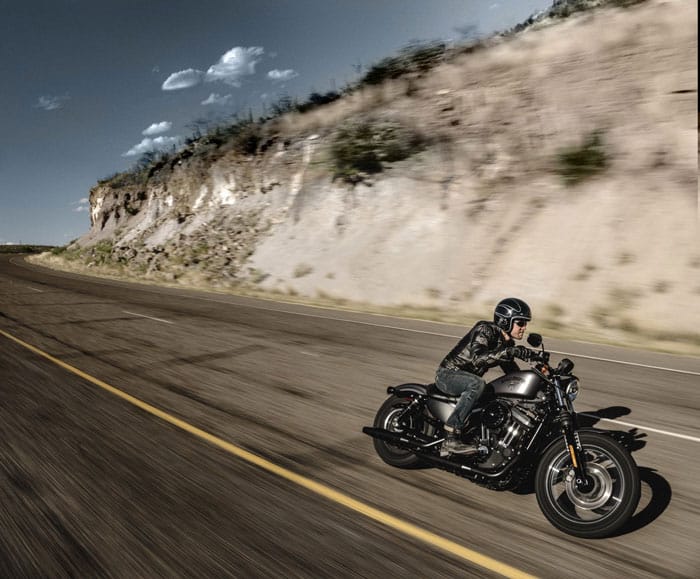 Harley-Davidson has sold a lot of Sportster 883 bikes. They are the entry level model for the Motor Company. With so many of them out there it's only natural that some of them would find there way into movies and TV shows.