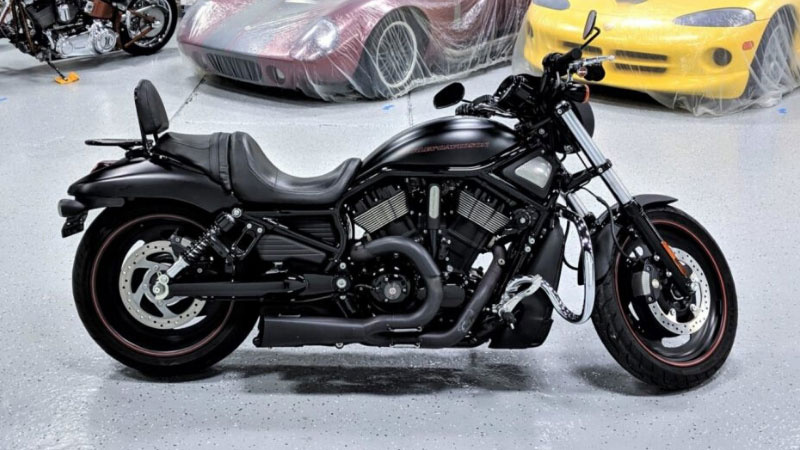 The Harley-Davidson V-Rod is a direct descendant of Harley's VR-1000, ridden by the Superbike Race Team. The VR-1000 featured a liquid-cooled, dual overhead cam, fuel injected engine that had been developed in partnership with Porsche.

The VR-1000 Superbike Race Team competed in AMA Superbike series beginning in 1994. Harley pulled the plugged on the VR-1000 following the 2001 season. 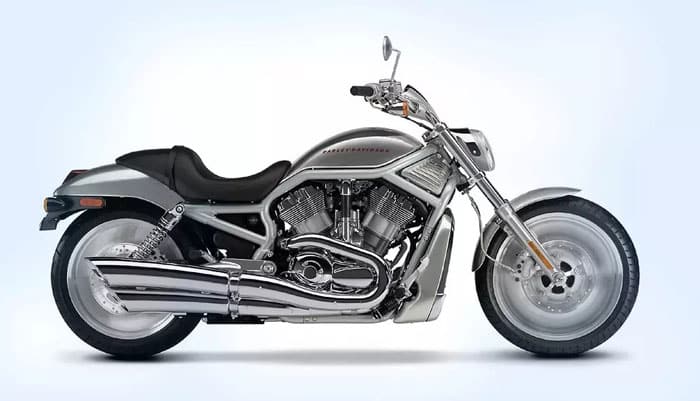 The V-Rod debuted for the 2002 model year. It represented a number of firsts for Harley-Davidson. The V-Rod was the first motorcycle in Harley's new model family, VRSC, for V-Twin, racing, street, custom. The V-Rod got a brand new engine, the Revolution, developed in conjunction with Porsche, who had worked with Harley on the VR-1000 project.

The Revolution was the first liquid-cooled engine to appear on a production model Harley-Davidson motorcycle. The combination of fuel injection and overhead cams were also firsts, introduced on the V-Rod. 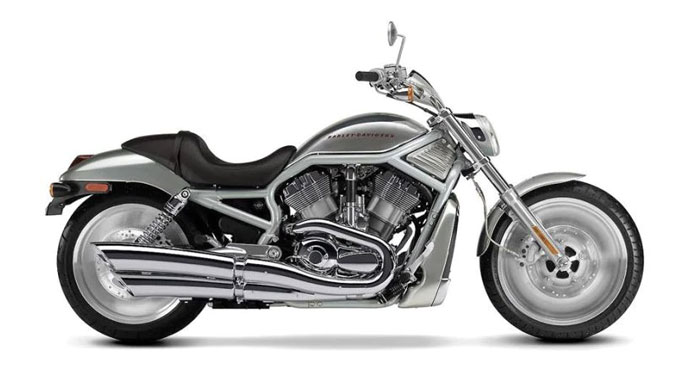 The frame on the V-Rod was hydroformed, a process that uses high pressure water to bend and shape the frame, reducing the number of welds and increasing the rigidness of the frame. These innovations combined to make the 2002 V-Rod Harley-Davidson's most award winning motorcycle ever.

The Revolution powered V-Rod was fast. The 1,130 cc power plant had an 11.3 to 1 compression ratio and generated a reported 115 horsepower at 8,500 rpm with a maximum torque of 74 foot-pounds at 7,000 rpm. Through the 2005 model year Harley-Davidson was happy to leave the V-Rod virtually unchanged.

The 2007 V-Rod got fatter as Harley increased the rear tire from 180 mm to 240 mm and increased fuel capacity from 3.7 to 5 gallons. These changes meant the V-Rod needed a new frame. The wider frame, bigger rear tire and fuel tank combined to make the 2007 V-Rod arguably the slowest V-Rod ever produced.

A second version of the V-Rod joined the VRSC family for the 2009 model year, the V-Rod Muscle. The Muscle sported an air box with mock air-rams and sidepipe dual exhausts. The front directional lights were integrated in the rear view mirrors. The bobbed the rear fender featured combined brake, tail and directional lights. 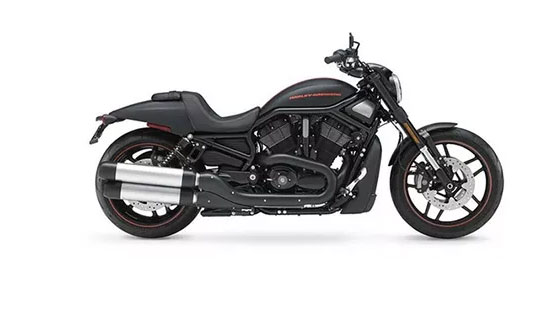 To commemorate the 10th anniversary of the V-Rod, Harley-Davidson released a special limited edition of the bike for the 2012 model year. This V-Rod was available in Brilliant Silver Pearl and features lots of chrome and silver, from the wheels to the instrument cluster.

The Harley V-Rod In Pop Culture

With its muscle bike looks and speed and Harley-Davidson heritage it's no wonder that the V-Rod has appeared in quiet a few movies and TV shows.

In 2004 the Discovery channel premiered a documentary, “Harley-Davidson: Birth of the V-Rod” that chronicled the research, development and design of the Revolution engine and the motorcycle itself. 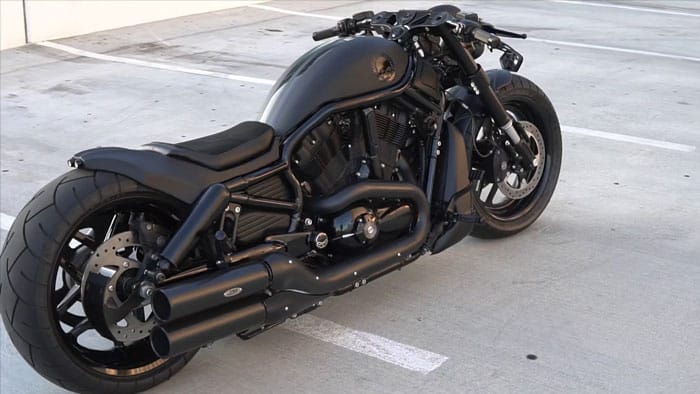 The V-Rod's style makes it the perfect eye candy whenever television shows need a bike with attitude. The bike has been spotted in the background in scenes on television series including CSI: Crime Scene Investigation and CSI: Miami on CBS, House M.D. on Fox, Entourage on HBO, Showtime's Weeds and Burn Notice from USA.

Cyclops, played by actor James Marsden, rides a V-Rod to the lake in one scene in this movie. Cyclops' V-Rod sports a silver monochromatic color scheme and the “X” logo on the fuel tank.

Director Michel Gondry personally chose a Harley-Davidson V-Rod Muscle as the ride for Kato, the Green Hornet's side kick, played by actor Jay Chou. Kato rides the bike in several scenes in the movie. The mods to the V-Rod include a blacked out frame, custom LED headlight, Destroyer wheels, rear set foot controls and a chopped rear fender.

On the subject of eye candy, the V-Rod makes an appearance in Britney Spear's “I Love Rock 'n' Roll” video. Soccer star David Bechkham rides a V-Rod. And movie star Keanu Reeves is reported to have given 12 stuntmen who worked on the 2003 film “The Matrix Reloaded” each a Harley-Davidson V-Rod as a sign of gratitude.