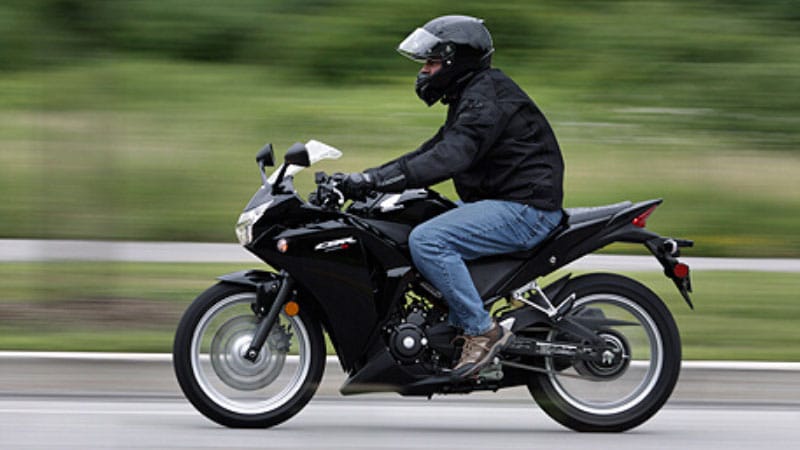 The newly announced 2011 Honda CBR250R has two big things going for it now. First, it will actually be sold in the US and, second, it will compete directly with the Kawasaki Ninja 250R with a price which makes it just as affordable – US$3999.

The latest news coming from the Japanese manufacturer actually concerns the company founded by Hirotoshi Honda, the son of Honda founder Soichiro Honda, Mugen Motorsports. Mugen came into being as an after-market parts and accessories supplier, race tuner and race vehicle designer\builder for Honda automobiles, but these days they put their expertise into anything with an engine. Emerging from this long and fruitful partnership is the CBR250R Mugen. 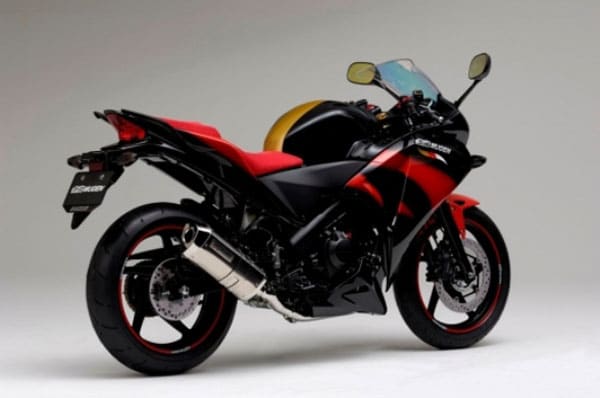 The CBR250R Mugen is mostly a cosmetic upgrade, but what an upgrade! The CBR’s new paint scheme is decidedly more aggressive with swathes of black and red everywhere. The seat for both pilot and pillion is done in red, the windshield has been replaced with a much more attractive unit, and the wheels are black with red line around the outer circumference. 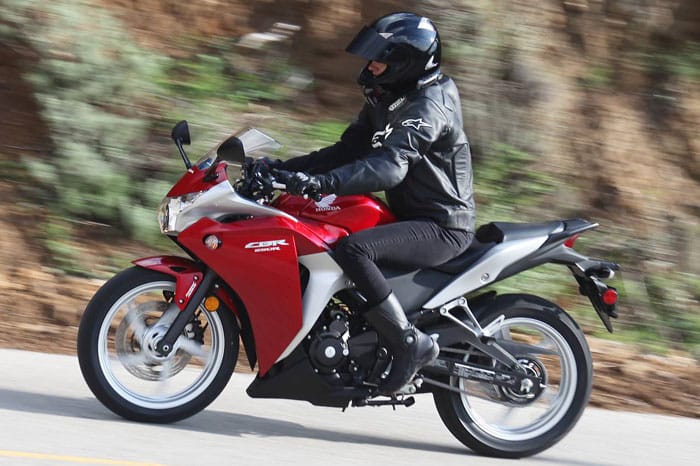 There are also numerous gold accents which do well to match the solid gold stripe down the middle of the newly painted fuel tank. Mugen places their logo on the seats, the front of the fairing and on the sides of the wheels. One performance change which did make it was a Mugen chrome exhaust which replaces the stock piece and provides a better soundtrack. 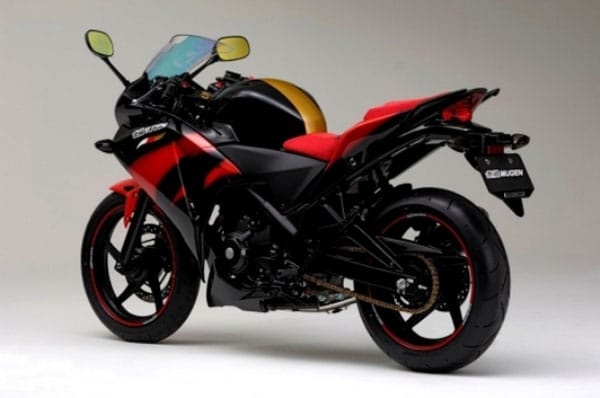 The major issue with this new model iteration concerns its availability. So far, Mugen will only be selling the CBR250R Mugen to customers in Thailand where the bike is manufactured. If the new mini-Fireblade sells well in the US, though, expect to see many more of these special models stateside very soon!