How Far Can a Radar Gun Detect Your Motorcycle Speed? 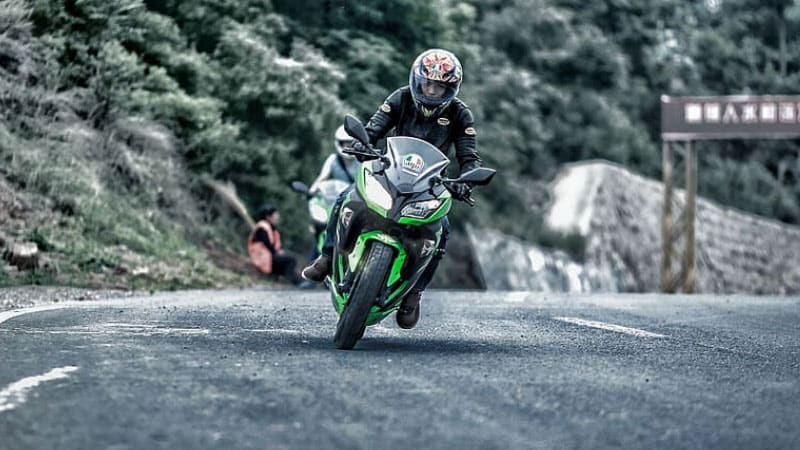 Speed radars aren’t only used by law enforcement to ensure a safe speed for cars, as it’s even used to observe the capabilities of a motorcycle in both professional and personal uses.

A radar gun is usually used for sports such as cricket, baseball, or tennis to determine the velocity of the balls, but for law enforcers, it’s usually used to make sure civilians maintain the speed limit.

This device is also known to make mistakes often, so it’s best to know how it works to avoid any mishaps or faulty accusations. And this article will help you understand the abilities and uses of a standard radar gun.

How Does a Radar Gun Work?

For a radar used primarily for traffic enforcement, the beam from the gun widens while expanding distance. And for each half-mile, it reaches around several yards depending on the gun.

The beam can cover oncoming traffic for about virtually any vehicles in sight and gives a detailed reading of the calculated speed. Law enforcement generally uses laser guns that are handheld, which can be aimed at a moving or idle car. These handheld devices don’t need to be aimed properly for a precise reading.

How Far Does an Automatic Radar Gun Detect?

There are also radars that don’t require human intervention (Automatic Radar Gun) to observe speed limits, so usually un-manned roadside machines. It can be a good idea to install an automatic radar detector on a motorcycle.

The length of radar detection depends on the size of the vehicle. Small cars usually need to be within approximately 500 feet to be scanned. However, large trucks don’t even need to be within sight to be detected.

But these trucks can often block or overshadow a motorcycle, which clocks in the speed of the truck only and result in an undeserving ticket.

How Accurate Are Radar Guns?

Radar guns are often mistaken, as it can’t possibly detect the speeds of all vehicles from one specific angle. So, the gun usually picks up the speed of the vehicle with the most powerful signal.

Each type of vehicle reflects different calculations and feedbacks. But motorcycles are known to give weaker signals, often resulting in a mistaken ticket. Target Identification Errors are extremely common in radar guns, as they usually calculate the speed of the largest vehicle on the road, which is sometimes out of sight.

Can a Radar Gun Be Calculated Wrong?

There are certain factors to consider if you are pulled over, and you doubt the readings on the gun.

These are common issues for motorcycles, as they are usually the smallest vehicles that often do not even register feedback. Retreating vehicles often give higher feedback as the rear portions tend to be larger.

How Far Does a Speed Laser Gun Detect?

Speed laser guns are much more accurate in determining the speed of the actual target, as it projects a comparatively narrow beam which picks up any specific target in a lineup. 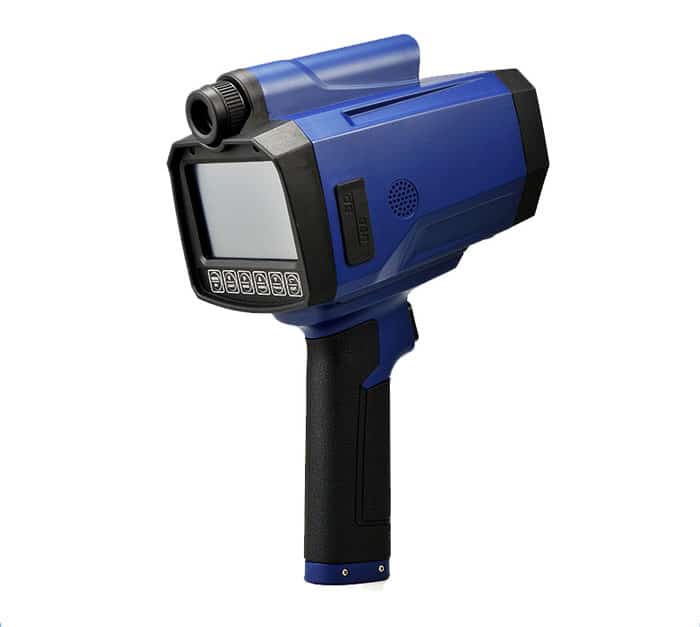 There are certain circumstances that determine the feedback of a speed radar gun, such as size and environment around the gun. It can even capture moving leaves or overhead airplanes.

So, if you’re looking for a speed radar gun to observe the velocity of your motorcycle, then it’s best to invest in a laser gun.

Use This Guideline to Determine Your Motorcycle Speed!

If you’re looking for an accurate radar detection on your motorcycle, then make sure the speed gun is a laser, which can narrow your speed even in the middle of traffic.

When being pulled over, consider the size of your vehicle before complying with the traffic ticket, as the traffic radar is usually centered on the interest of revenue.

This is why law enforcers can be interested in the revenue rather than safety. So, it’s best to know what to look for if you’re being pulled over for speeding.

And if you’re looking to invest in a speed laser gun for personal or sports-related needs, it’s best to buy one that covers at least about a mile.