How to Jump-Start a Motorcycle? A Basic Guideline 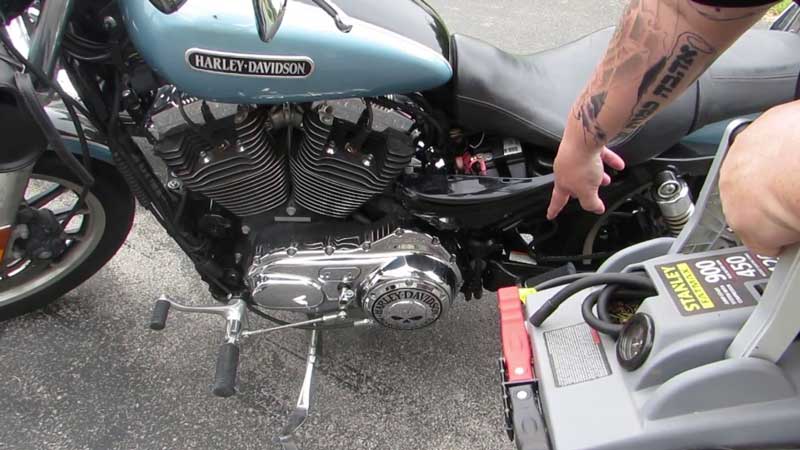 Many a time, it happens that the motorcycle just doesn't start, and you end up being late to that office meeting, or the class or a simple hangout with friends.

It often skips our minds to care for the battery of our vehicles. To change them, when they need to be changed, and sometimes we carelessly leave the headlights on for too long, out in the cold.

These ways, we can end up with a flat battery, and this is the reason the bikes won't start at those crucial times when we need to be somewhere important.

At these times, it is important to know how to jump-start the motorcycle, rather than abandoning it and arranging another means of transport. Knowing this basic skill will save a lot of time and money. Jump starting maybe a bit tricky at first, but once you know how to do it, it becomes a lot easier.

Ways of Jump-Starting a Motorcycle

There are various methods that you can use to jump-start a motorcycle. They are:

Jump-Starting a Motorcycle with the Help of Another Motorcycle

It’s one of the best motorcycle jump starters. Here’s the guideline for you that you should follow.

Step 1: Find a Motorcycle That Has the Battery of Same Voltage as Yours

The first thing you have to do is to check the voltage of your dead battery. Then find a motorcycle that runs on the same voltage. This is important because jump-starting a motorcycle with another of a different voltage can lead to serious damage.

Step 2: Keep the Two Motorcycles in the Same Position

Place the two motorcycles side by side and change the gear of both to neutral. Make sure that all the components of the two motorcycles are turned off. The bikes should not touch each other, and the distance between them should be such that you are just able to connect the cables.

You should also expose the two batteries properly just to make things easier. Now that all things are in place, you can move on to the next step. 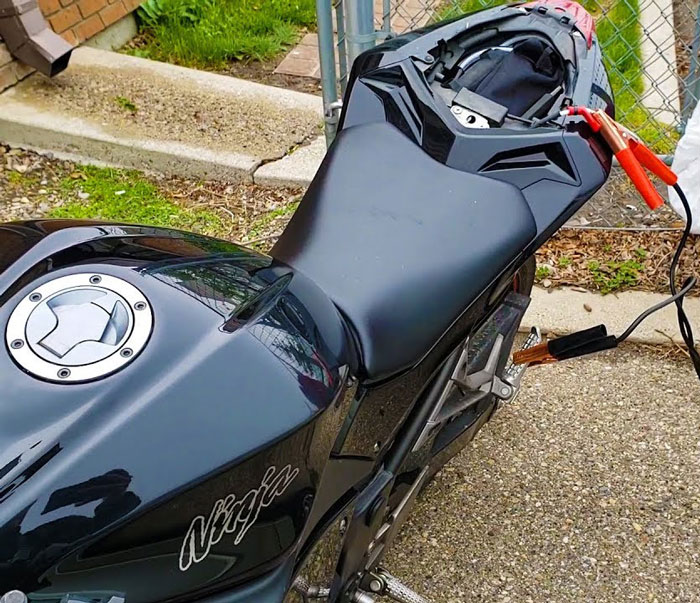 Once you have all the connections in the right places, start the bike with a good battery first. Keep the bike running for some time.

Then start the bike with the dead battery. Don't worry if the bike doesn't start on the first attempt. Once the bike is started, keep the two bikes running for some time. This will charge up your dead battery.

You should now remove the cables starting with the negative clips and then move on to remove the positive, red clips.

Test if your battery can hold the charge by driving it for a while. If not, you should change the battery as soon as you can. Keeping a motorcycle battery charger maintainer with you can be a good idea.

Jump-Starting a Motorcycle with the Help of a Car

Even though a car battery runs on a much higher voltage than a motorcycle battery, in exceptional cases, along with a few precautions, you can jump-start a motorcycle with a car.

In this case, you can use any car that you can find and connect the starter cables the same way as mentioned above. Be very careful about the car, you have to keep the car off. Since car batteries are stronger than motorcycle batteries, starting the car can damage the motorcycle. So, keeping the car off, start the motorcycle.

If it does not work the first time, wait for a few seconds and try again. Remove the starter cables in the same way as before and drive the motorcycle for some time.

Jump-Starting a Motorcycle with a Portable Jump Starter

This is the easiest method out of the three. If you keep a portable jump starter kit with you for emergencies, then you won't have to rely on others to jump-start your motorcycle.

It also saves a lot of time and effort, since you won't have to look for another motorcycle or a car. 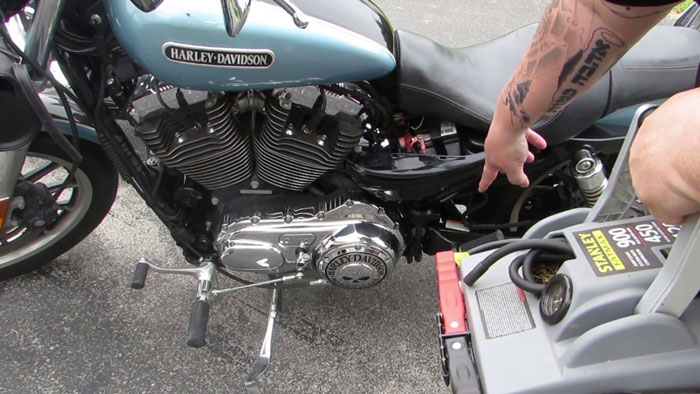 Take your jump starter out. Keeping both the starter and the motorcycle off, connect the cables attached to the portable battery.

Connect in the same manner, as you normally would, when jump-starting with a motorcycle - the red, positive clip to the positive terminal and the black, negative clip to a hard metal surface.

Once you have made the connections, check the voltage setting of your starter kit. This should be the same as your dead battery.

First, turn the portable battery on and keep it so for a few minutes. Then start your motorcycle. If failed at the first attempt, wait for some time to cool the battery down and try again.

Once you have successfully started your motorcycle, you can disconnect the cables. Remove the negative clip from the metal surface first, then move on to the positive terminal.

Using the portable jump starter once drains out the battery, so you should recharge the jump starter to keep it ready for the next use.

Now that you have read the whole article, you know the basic rules of jump-starting a motorcycle. So next time your battery gives out in a remote place, you now know what to do to get home.