Timeline Of The History Of Indian Motorcycles 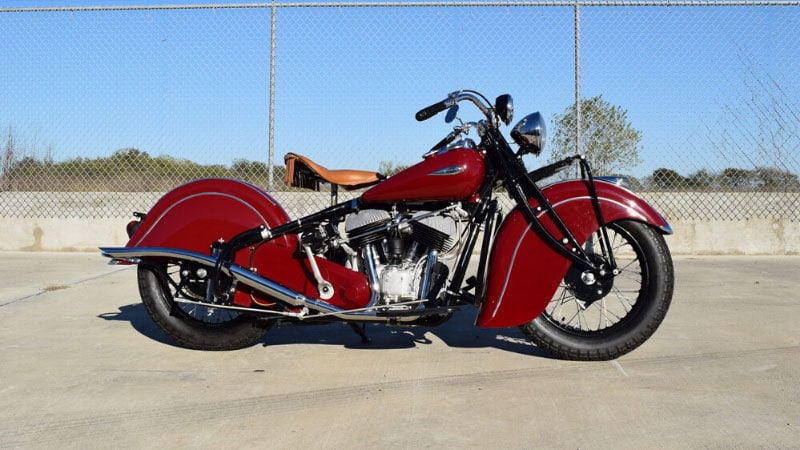 After Harley-Davidson, no other manufacturer of American motorcycles has had as great of an impact on the industry as Indian. Below is a timeline that chronicles Indian’s rise to prominence, mid-century bankruptcy, and many attempts at revival.

1902 – First Indian motorcycle sold to the public. Features a single-cylinder engine built by the Aurora Firm and chain drive.

1907 – Indian releases street version of the V-twin factory racer, as well as a Roadster model featuring a twist grip throttle.

1911 – The V-Twin factory racer is updated with overhead valves and four valves per cylinder. Indian riders Godfrey, Franklin, and Moorehouse finish first, second, and third at the Isle of Man TT.

1916- One of Indian’s most legendary engines, the Powerplus, is introduced. The 1000 cc engine is a 42-degree V-twin flathead with side-valves. The powerful engine (top speed 60 mph) was attached to three-speed hand-operated gearbox and foot operated clutch. 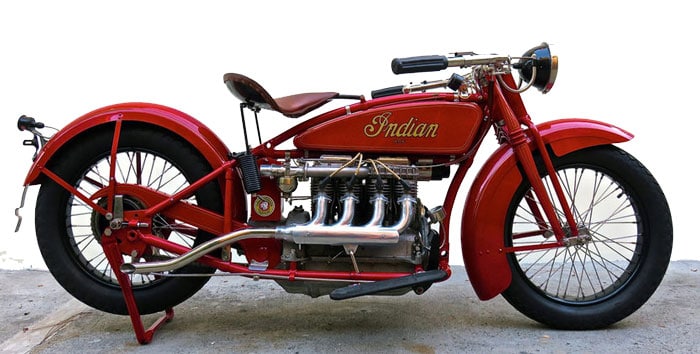 1929 – Indian 402 improves on the 401 with stronger twin-downtube frame and five-bearing crankshaft.

1932 – Standard Scout is released with a new bulkier and heavier frame which was poorly received. 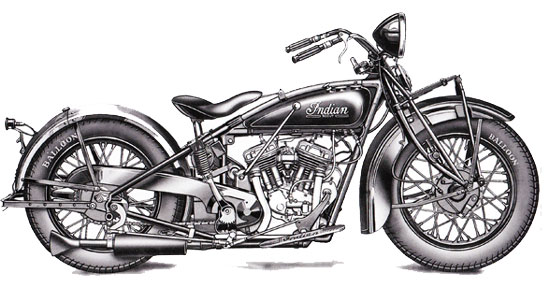 1934 – Models of this year featured the famous head-dress logo on the gas tank. 1934 – The Sport Scout is Indian’s response to the poor reception of the Standard Scout. It came with a lighter frame, improved carburetion, alloy heads, and Girder forks.

1936 – Indian changes the four-cylinder engine configuration to EOI (exhaust over intake). While more powerful, it made the cylinder heads, and thus the rider’s seat, very hot. This and valve train issues caused sales to drop.

1941 – Indian develops the Indian 841 for the US Army. The 841 was powered by a longitudinally mounted air-cooled 90-degree V-twin with shaft drive, which was later popularized by Moto Guzzi. 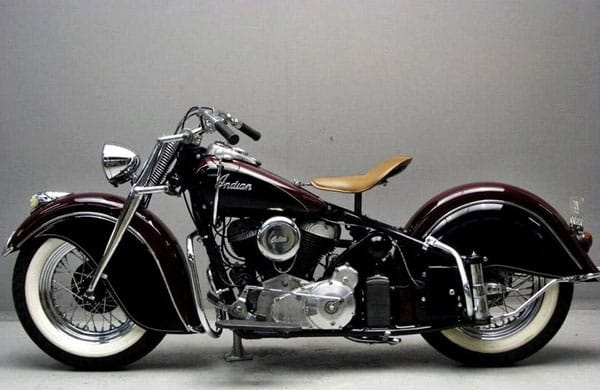 1949 – Under Ralph B. Rogers, the Scout is discontinued and lightweight motorcycles such as the 149 Arrow and the Super Scout 249 are manufactured.

1950 – The Chief’s V-twin is enlarged to 1300cc, but few bikes were built due to financial problems.

1955 – Brockhouse Engineering buys rights to the Indian name and sells imported Royal Enfields under the brand until 1960.

1970 – After Clymer’s death, attorney Alan Newman buys the Indian trademark and continues to sell small bikes (between 50cc and 175cc) until going bankrupt in 1977.

1999 – The Indian Motorcycle Company of America is created by a merger of nine companies. Chief, Scout, and Sprint models are produced with S&S; Engines.

2003 – Indian Motorcycle Company of America goes into bankruptcy and ends production of all models.