Using Wind Energy to Power a Motorcycle: Is It Possible? 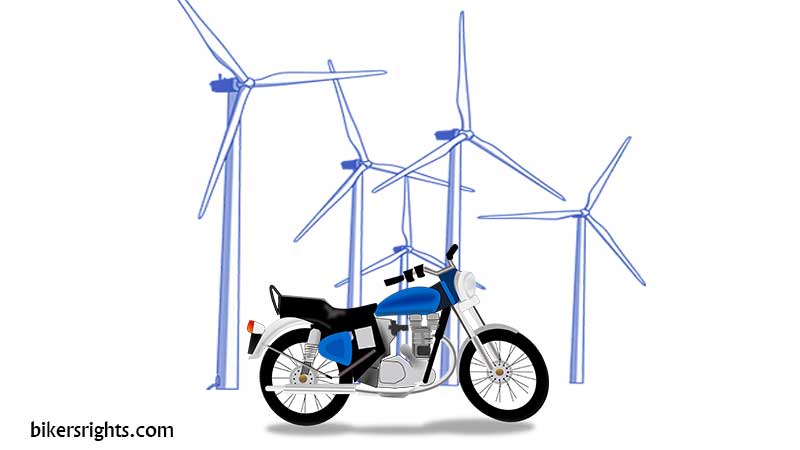 We’re all aware of the fact that gasoline won’t last forever. And before the days of scarcity catch us by surprise, motorcycle manufacturers need to start thinking outside the box.

They should start researching alternative methods of powering the two-wheeled machines.

One of the possible alternatives that might power our motorbikes in the future is wind energy. But how feasible is powering a motorcycle with wind? 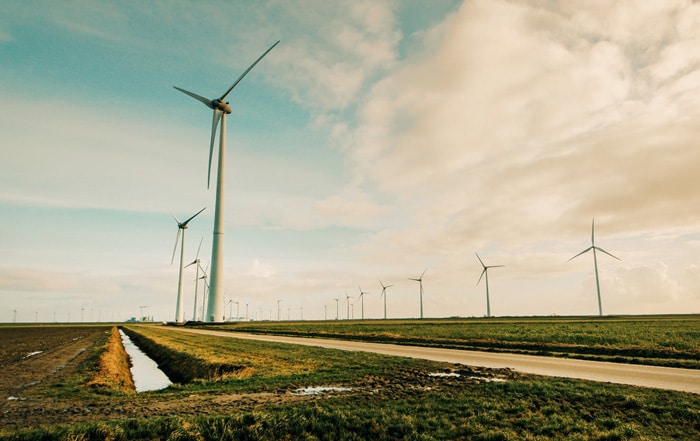 Join us below as we dig deeper into this topic.

When you hear the term wind-powered motorbike, what comes in your mind?

A portable wind turbine mounted at the back, which rotates as you ride your motorbike? 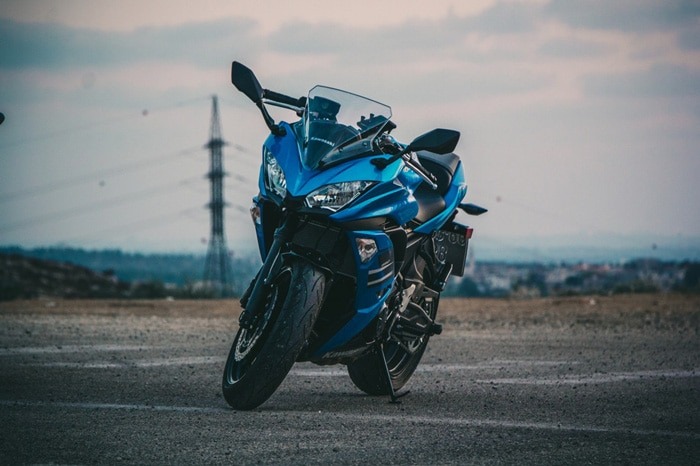 Although you can have such a setup, it’ll be disadvantageous in that the turbine will create some wind resistance which will slow you down.

So, how does a typical wind energy powered bike look like? 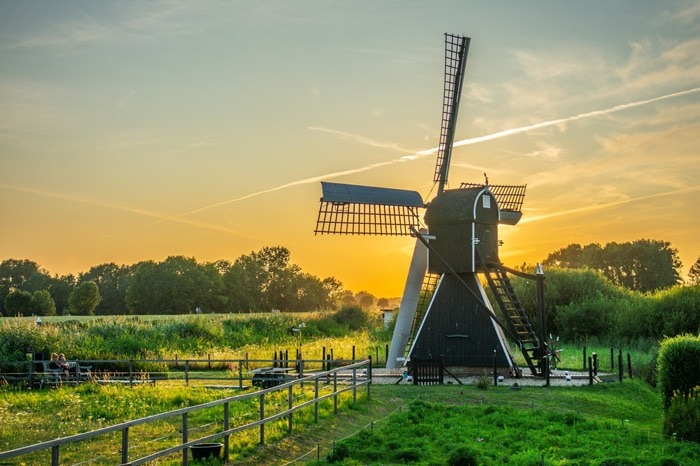 A typical bike should that come with a mounted wind turbine, just like your home wind turbine. The wind turbine rotates when the bike isn’t running to charge the bike battery which, in turn, powers the engine.

A Real-life Example of Wind-powered Motorbike

The theoretical image of wind energy motorcycle we’ve just discussed above was the exact idea behind the James Dyson Award entry Strangeworld, a bike designed in Australia to run entirely on the wind and solar energy.

According to the creators of this machine, it was designed for a hypothetical Australian environment in around 2050, when fossil fuel will be on short supply, if not completely drained.

So, how does this machine operate? 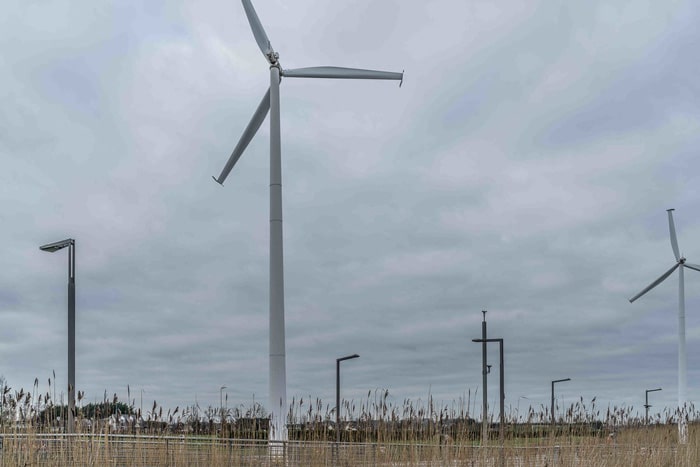 Unlike what most people might be thinking, the bike doesn’t NOT collect wind energy and use it at the same time.

Instead, the wind turbine comes in a collapsible design which lays in a compartment slung from the motorcycle frame.

When the bike isn’t in use, you simply erect this turbine so that it converts wind energy into electrical energy which is then channeled to the motorcycle’s battery.

Probably the best part about this wind-powered motorcycle is its ability to cover up to 500 kilometers on a fully charged battery.

The manufacturer states there’s still room for improvement so that this unique bike can cover even greater distances on a single battery charge.

What can we expect from the feature wind-powered bikes? 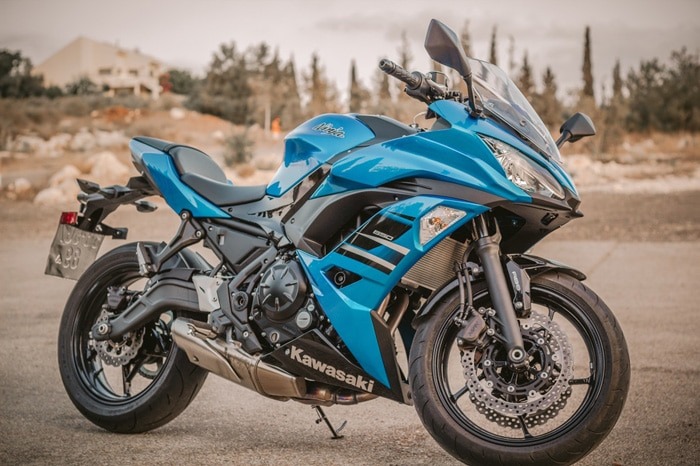 From the above real-life model of wind-powered bike, we can conclude that these bikes would be far better than the standard gasoline-powered motorcycles.

Second, they’ll help cut the cost of maintenance as you won’t have to buy gasoline anymore.

Not to forget they’ll have a higher performance than the current breed of motorcycles.

The only downside of the wind-powered motorcycles is that it might become a toy for the rich, just like we have seen in the case of electric-powered cars which an average person can’t afford. 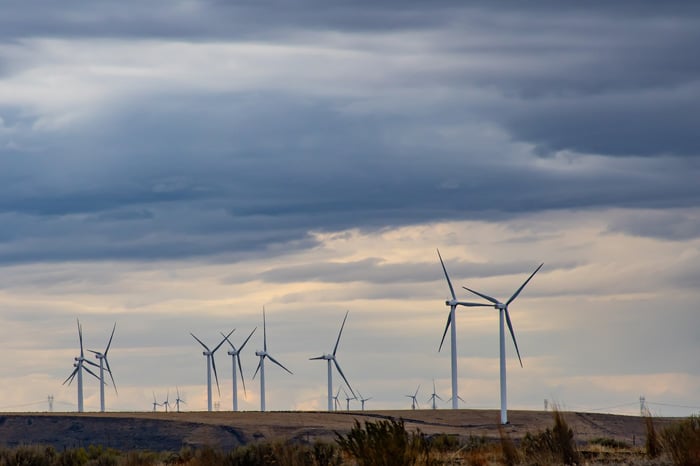 Strangeworld is one great example of how manufacturers are exercising their innovativeness muscle to bring an alternative type of bike. It also acts as sufficient proof that wind energy can be used to power motorcycles.

We can only hope that more and more motorcycle manufactures will invest in this area so that we can have a wind-powered motorbike in the near feature, or by the time we’ll have depleted the fossil fuels.